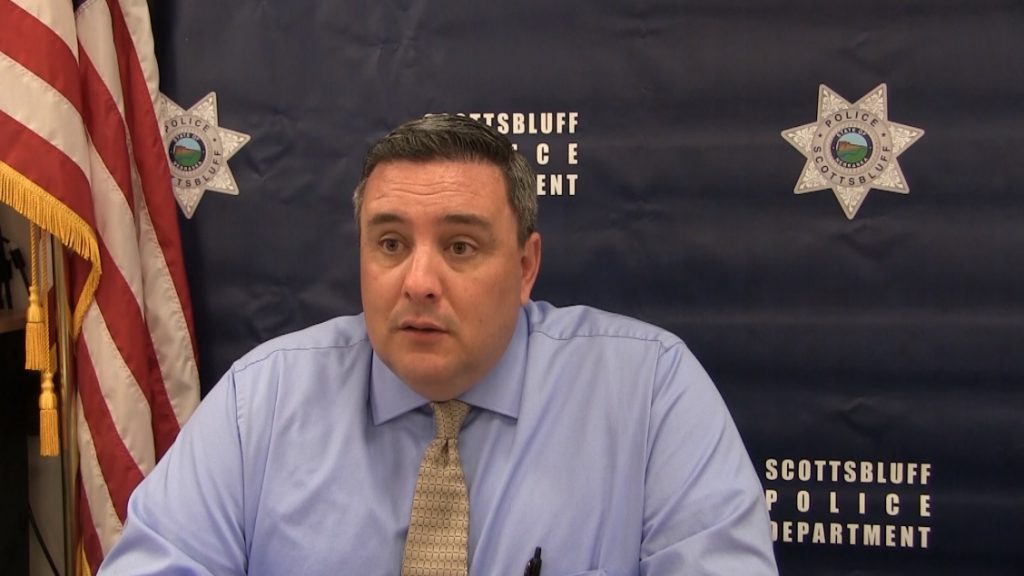 The Scottsbluff Police Department now has a full compliment of staff in the Captain’s position.

Chief Kevin Spencer says Lance Kite started his new duties Jan. 18, moving up from his prior rank of Sergeant. Kite fills the position left vacant by the retirement of Tony Straub.

Spencer tells KNEB News he had three internal candidates go through qualification testing and interviews, and unfortunately, he could only choose one. “I wish there was a promotional position for each one of them, but we only have two captains,” said Spencer, “it’s me, two captains, five sergeants and four corporals, and those are our promotional opportunities here.”

Spencer says he likes to see officers rise through the ranks, as they often will bring with them new ideas and energy to command staff.

He also tells us among patrol officers, there’s only one current vacancy, and while the number of applicants has dropped off over time, most of those who have been applying recently have made it through testing to join the officer-eligible list.