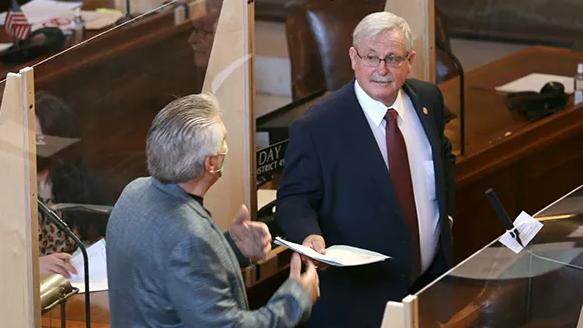 Among the proposals were LB590, sponsored by North Platte Sen. Mike Groene, which would change time periods for ballots for early voting.

LB643, which would protect an individual liberty right to accept or decline a vaccination under a mandatory directive, was introduced by Blair Sen. Ben Hansen.

Starting Monday, legislative committees begin all-day hearings in an effort to reduce the number of times senators are gathered as a group in the early part of the session.