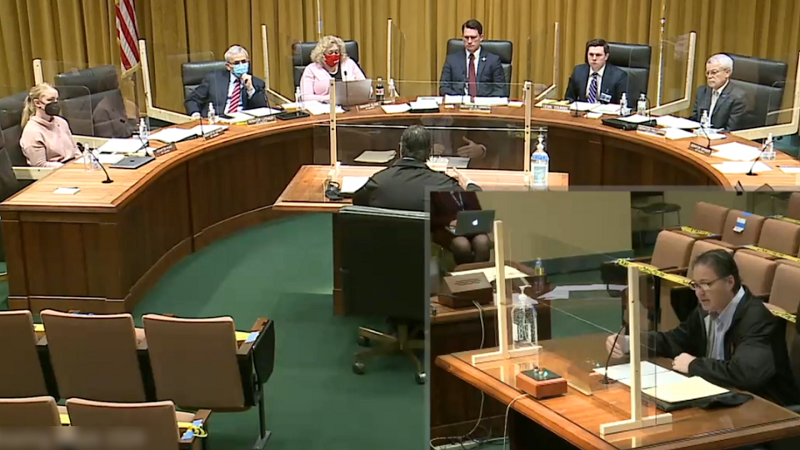 Members of the Business and Labor Committee Monday took testimony on the ‘In the Line of Duty Compensation Act’, a measure that would provide a $50,000 death benefit for a family member or designee of first responders killed in the line of duty

Nebraska Professional Firefighter’s Association President Darren Garrean recounted testimony given last year supporting a similar measure, telling lawmakers of seven responders who faced death when their air-boats capsized on the way to an evacuation attempt during 2019 flooding near Fremont.

“This benefit that we’re asking for, and it can be compared to a bouquet of flowers, great for a short time but it won’t last for long,  I ask you to pass this bill for all, and I’ll try to answer any questions,” said Garrean. “Now, this is testimony of last year from Dave Wordekemper (of Fremont Fire), and I say this because, how quick we can forget as time moves on, and the things that we do , we will always do those things.”

LB255 would apply to paid and volunteer firefighters, law enforcement officers and other first responders, and the value of the death benefit would be indexed to inflation after the first year.

No one testified against the bill.