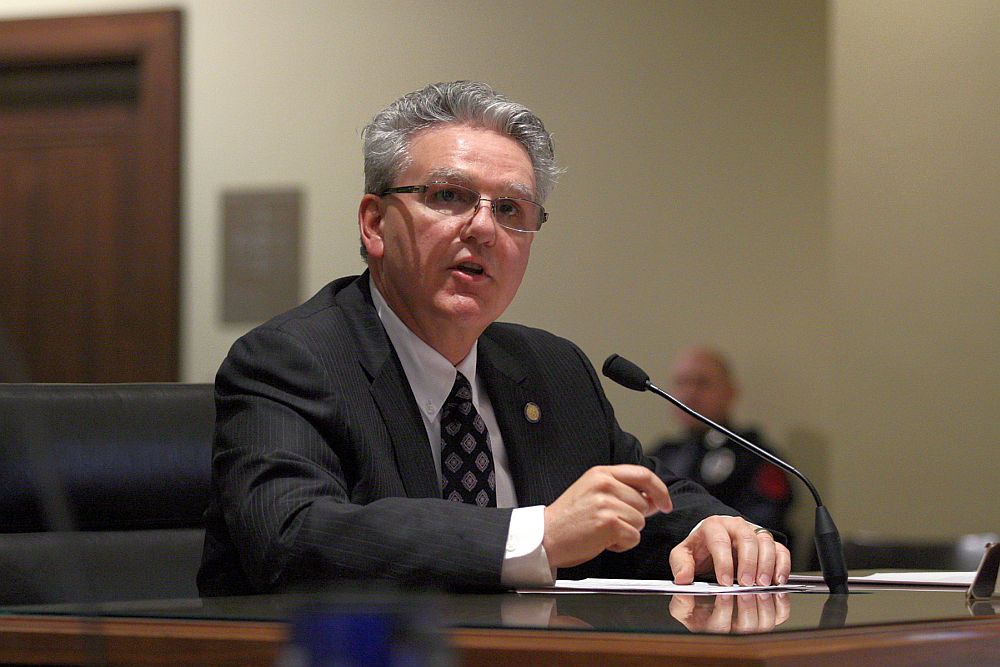 Lawmakers pushed back on a recent Department of Health and Human Services’ decision to close its Geneva juvenile detention facility and move the girls living there to the Hastings Regional Center.

Senators voted on July 20 to advance LB1140 including two new amendments that deal with the state’s youth rehabilitation and treatment centers. One amendment would postpone any transfer or closing of state youth rehabilitation and treatment centers until March 2021 to have more time to finalize a plan and require considerations from stakeholder input, taxpayer investment and communities involved in the change.

The vote came on the first day of the summer session, which was the 44th day of the 2020 legislative session. Due to COVID-19, senators were dismissed from the Legislature in early March.

Speaker Sen. Jim Scheer of Norfolk said that bills with a financial impact will have to be placed on hold until the state’s revenue forecasting board meets on July 23. He wants to confirm there will be money available in the budget before moving forward on those bills.

Scheer also expressed sympathy to lawmakers who have been affected by the COVID-19 pandemic. He offered his condolences to Sen. Tony Vargas of Omaha who lost his father to COVID-19 in New York.

Scheer reminded senators that decorum and courtesy are good things and to not take differences personally during debate.

“Let’s get on with the people’s business and accomplish as much as we can,” Scheer said.

The Legislature’s Health and Human Service Committee introduced LB1140, which would change provisions related to youth rehabilitation and treatment centers and placement of juveniles. These changes include providing health care, medical services, programming, education, treatment and recreation for each juvenile in YRTC care. There would also be policies in place to separate juveniles based on gender.

The two LB1140 amendments, proposed by Sen. Sarah Howard of Omaha, were a rebuttal to a July 15 decision by Gov. Pete Ricketts’ administration to close the Geneva program and move all the girls living there to a new facility in Hastings. All girls located in the Geneva and Kearney YRTCs would be sent to a newly constructed building at the Hastings Regional Center that accommodates 24 girls. These changes would fully separate boys and girls in the YRTC system.

The new Hastings Regional Center was originally supposed to be a chemical dependency program, but now that program will be moved to the Whitehall YRTC campus in Lincoln.

“We appropriated $5 million for a chemical dependency program, not for a YRTC in Hastings,” Howard said.

Sen. Machaela Cavanaugh of Omaha said she felt blinded by Dannette Smith, the CEO of the State Department of Health and Human Services, when Smith announced that female youths will be moved from Geneva to Hastings Regional Center in October.

Sen. Lynne Walz of Fremont said DHHS sent out a notice to local government only four hours prior to a press release being sent out.

“A hasty move has many costs,” Walz said. “It’s how the lack of consideration and thoughtful planning can negatively affect the lives of Nebraskans but also realize that the stakes and lack of planning is something that costs our state big money.”

Sen. Matt Williams of Gothenburg encouraged senators to follow the experts on YRTC such as Howard and members of the Health and Human Services Committee so that senators can better understand the importance of the amendments.

“We need to take a step back and hit the pause button,” Williams said. “This can get out of control if we don’t do this; decisions are being made without any input and without the oversight of the legislative body.”

Another topic of debate was Sen. Julie Slama of Peru’s attack ad against state legislative candidate Janet Palmtag for siding with “radical” Sen. Ernie Chambers of Omaha that many Republicans and Democrats have called racist.

Slama said Chambers’ comments against her were sexist, and that she will continue to focus on the issues important to Nebraskans.

“He can go after me, but I’m focused on the people of Nebraska,” Slama said.

In other legislative news, several bills were advanced to enrollment and review, including LB1166, a bill introduced by Sen. Tom Brewer of Gordon that would change school district membership requirements, and LB1080, a bill introduced by Sen. Steve Lathrop of Omaha that would require school policies prohibiting sexual contact between teachers and students and former students.