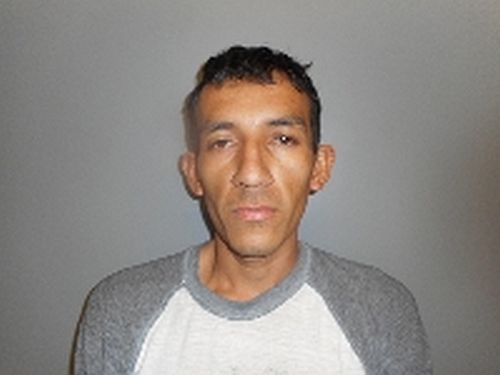 A Lexington man accepted a plea agreement Wednesday in Dawson County District Court, ending two cases that had been pending in the court system for more than a year. Elbin Perez-Manchame had been facing two separate charges of 1st Degree Sexual Assault of a Child which carried a penalty of 20 years to life imprisonment. The cases occurred separately in 2018 and involved female victims under the age of 16 at the time. Perez-Manchame pled “no contest” to the amended charges of Attempted First Degree Sexual Assault, which has a maximum penalty of 20 years imprisonment but, no minimum.  As part of the plea agreement, the Prosecution would not be making a recommendation that both sentences be served consecutively.  That means sentences in both case would be served at the same time instead of one sentence after the other.

Initially in the hearing, Defense Attorney Corey Burns  said Perez-Manchame rejected the Dawson County Attorney Office’s plea offer as not being “satisfactory” to him. Through Burns, Perez-Manchame told Judge Jim Doyle that he did not wish to take his case to trial but, wanted to postpone it until the Attorney’s Office made a plea offer he would be willing to plead to.

Judge Doyle said he does not postpone trials because a defendant wants a better plea offer from the State. Judge Doyle continued that he would not continue the trial just because “you think the State should make you a better offer.”

As Judge Doyle was setting the details for a jury trial in April, Perez-Manchame then requested his case be tried before the Judge instead of jury. That prompted a recess of the hearing for a period of time Wednesday afternoon.

When the case was reconvened Burns informed the Court that after further consideration, Perez-Manchame decided he would take the State’s plea offer before it expired that day. Perez-Manchame then pled “no contest” to the lesser charges. Judge Doyle accepted the pleas and found him “guilty beyond a reasonable doubt” and set sentencing for May 11, 2020 at 8:30am.  The cases were investigated by Lexington Police Department and Dawson County Sheriff’s Office.