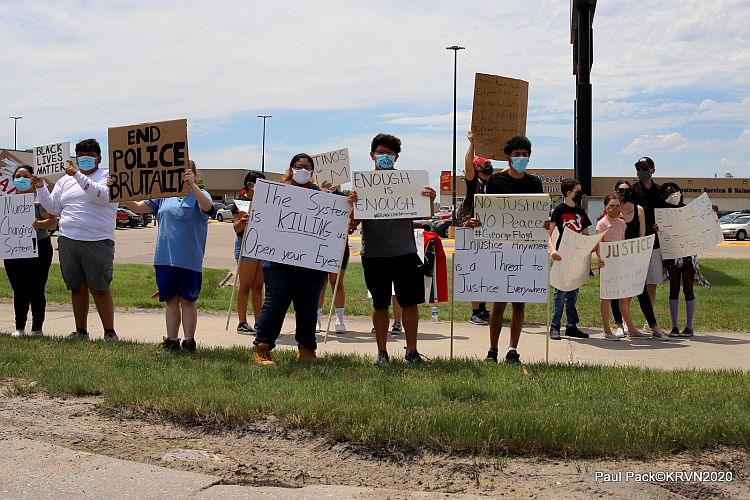 About two dozen protesters gathered along Plum Creek Parkway Wednesday afternoon. One of the group members explained their message was to “peacefully protest for all the injustices that are happening around the country”. He added they’re showing that they are together and united in “fighting for justice and equality all around the country”.

The protester said they don’t have concerns about local law enforcement. But, just because there are no problems here, “it doesn’t mean it’s not a problem as a country” and he is just trying to protest for those around the country who can’t “peacefully protest without getting hurt or discriminated against.”

Lexington Police Chief Tracy Wolf met with one of the organizers at the beginning of the protest. He said he told the organizer that officers were out there to “protect them, protect their civil rights.” But, at the same time Chief Wolf said they did not want any type of disturbance or vandalism. Chief Wolf also suggested to the organizer that protesters stay hydrated with water due to the heat and take care of themselves.

The protesters were peaceful and staying on the sidewalk area of the roadway. They held up signs saying “Enough is Enough” and “No Justice. No Peace. #GeorgeFloyd”.