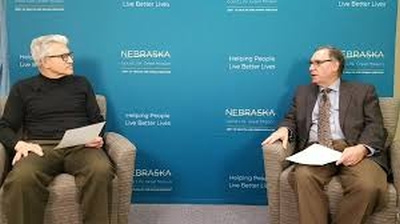 “Throughout the pandemic, Dr. Safranek has helped to keep DHHS current on developing infectious disease processes or outbreaks in Nebraska, the U.S. and globally,” said Smith, noting that Safranek joined the agency in 1990 as state epidemiologist. “In addition to supporting the Office of the CEO, he has also worked closely with local public health departments, the University of Nebraska Medical Center, regional task forces, the Centers for Disease Control and Prevention, local and state laboratories and the State Board of Health; we wish him well as he ends a long tenure with the Department.” Also an adjunct faculty member with the University of Nebraska Medical Center’s College of Public Health, Dr. Safranek will long be remembered for his contributions to the state of Nebraska and to DHHS. He helped to support a major informatics database expansion in the state. From 1983 to 1984, he was an EIS officer at the CDC.

Safranek graduated from the Georgetown University School of Medicine in 1979, and completed a fellowship in internal medicine, infectious diseases and public health epidemiology at Creighton University. His undergraduate degree, in biology and humanities, was earned through the Honors program at the University of San Francisco in 1975.

In 2020, Safranek became the co-recipient of the Council of State and Territorial Epidemiologists (CSTE) 2020 Pumphandle Award. The award has been given annually since 1990 to recognize outstanding achievement in the field of applied epidemiology. Dr. Safranek served as CSTE president in 2011-2012, after different roles on the Executive Board. On Friday, January 29, DHHS held a celebration to thank him for his contributions and wish him well on his next chapter.