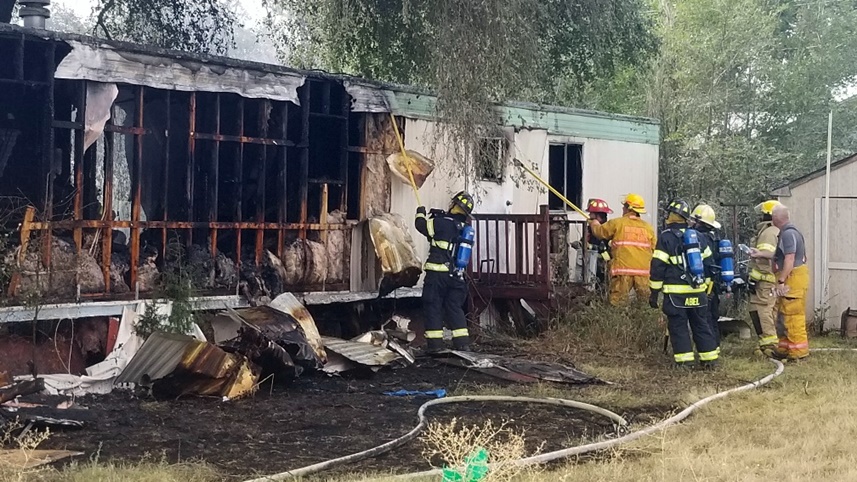 The State Fire Marshal has been called out of Ogallala to investigate a fire that broke out in an unoccupied trailer home in Mitchell.

Firefighters were called to a small trailer court at 2133 13th Street before noon, and called for mutual-aid from Scottsbluff for what was said to be a fully involved structure.

A nearby neighbor told KNEB News the trailer home had been vacant for years and had recently been used by squatters.

Mitchell fire officials say the structure will be a total loss.