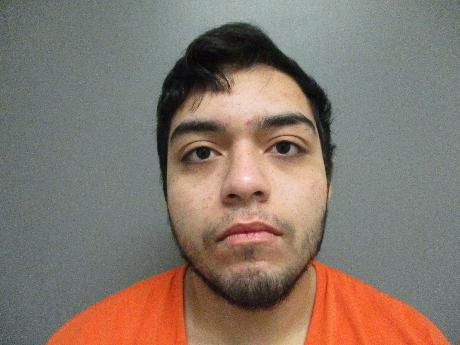 The report further states that a group of people were riding around in a SUV on North Adams Street when they encountered a pickup that turned around and followed them to Airport Road and 20th Street where the altercation broke out. Eighteen-year-old Ramon Gonzalez-Romero is alleged to have exited the SUV with a 12 gauge shotgun and fired three rounds at Gandara, striking him at least twice. Friends with Gandara lifted him into a pickup and transported him to the hospital.

It’s not clear what led to the confrontation but there was discussion, among some of those involved, about a dispute over a past relationship. The report also states that Gonzalez-Romero is a member of the Nebraska Army National Guard.

Ramon Gonzalez-Romero was arraigned in Dawson County Court Monday morning on charges of 1st Degree Murder and Use of a Firearm to Commit a Felony. The First Degree Murder charge alleges Gonzalez-Romero killed 15-year-old Jovanny Gandara “purposely and with deliberate and premeditated malice”. Dawson County Judge Jeff Wightman appointed the Nebraska Commission on Public Advocacy to represent him. He is scheduled for preliminary hearing in Dawson County Court on January 25, 2021 at 2:00pm.