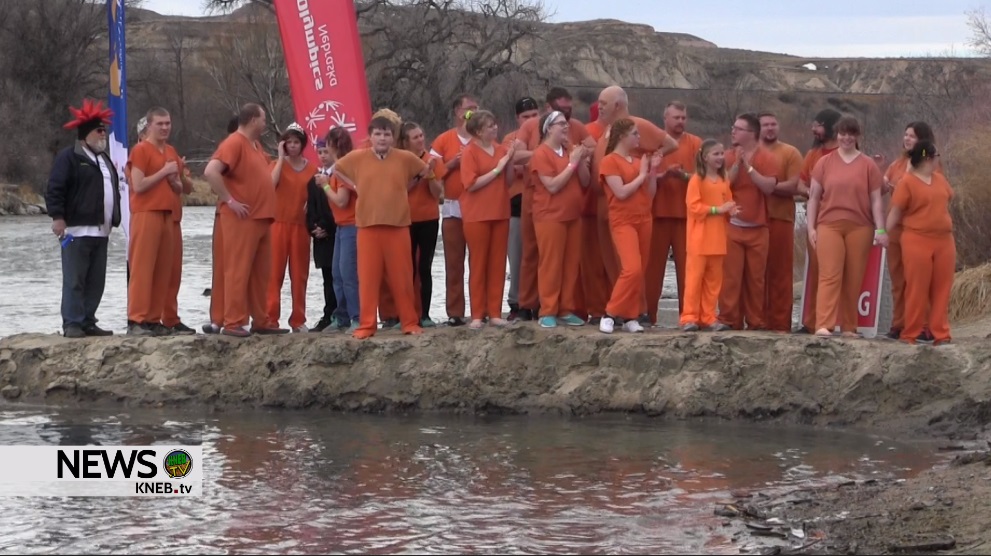 Twelve teams featuring 142 plungers have spent the past month or so raising funds for today’s big event, with all proceeds going to Special Olympics Nebraska.

While the final tallies are still being totaled, an estimated $34,130 was raised during this year’s plunge, just shy of the record set in 2015.

This year’s top fundraising team was the local Scotts Bluff County Thunder Special Olympics team, with more than $10,000 pledged to their more than two dozen members.

The funds from the Panhandle Polar Plunge will be used to help Special Olympics to support sports, health and educational programs.

Since its inception, the Panhandle Polar Plunge has helped raise more than $135,000 for Special Olympics Nebraska.