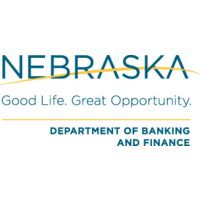 February 14, 2020 (Lincoln, Neb.) ­– The Nebraska Department of Banking and Finance (NDBF) announced that at 4:00 p.m. Friday it closed Ericson State Bank, Ericson, Nebraska, because it was insolvent. NDBF had been closely monitoring the bank for some time and recently made a demand for a capital injection, which was not met.

NDBF named the Federal Deposit Insurance Corporation (FDIC) as receiver of the bank. The FDIC has entered into a purchase and assumption agreement with Farmers and Merchants Bank, Milford, Nebraska. The transaction includes the assumption of all customer deposits. The sole office of Ericson State Bank, located at 427 Central Avenue, Ericson, Nebraska, will be open for business on Tuesday, February 18, 2020, under the name, Farmers and Merchants Bank.

“The failure of Ericson State Bank resulted primarily from large out-of-territory commercial loan losses and poor management practices which led to a deterioration of the bank’s capital. When the capital was not replenished, the Department was left with no option but to place the insolvent institution in receivership,” said Mark Quandahl, NDBF Director. Quandahl noted that the overwhelming majority of Nebraska banks are in a strong condition.

The most recent closures of Nebraska state-chartered banks occurred November 4, 2011, when

Bank was purchased by Heritage Bank, headquartered in Wood River, Nebraska. Prior to the

Loup City closing, no state-chartered bank had been closed since 1989.

Statistical data about the bank may be found at: