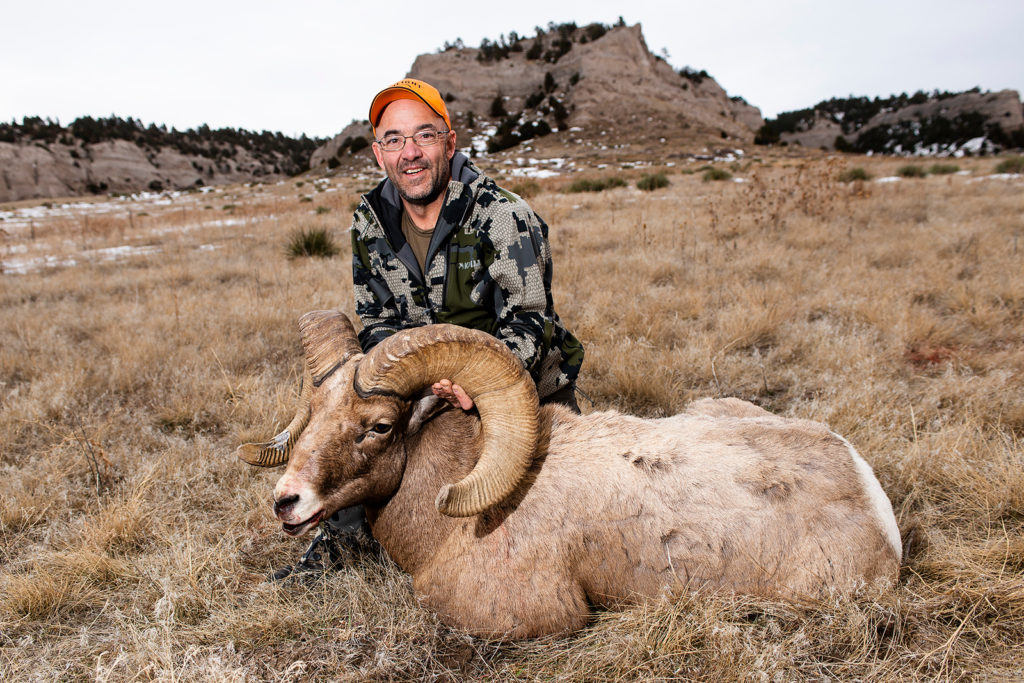 Trevor Premer of McCook, who won his permit by a lottery open to Nebraska residents, harvested a 7 1/2-year-old ram to conclude a hunt that began Monday in the Pine Ridge but concluded in the Wildcat Hills.

The other hunter, Frank Tritz of LeMars, Iowa, won his permit by an auction sponsored by the Wild Sheep Foundation and harvested an 8 1/2-year-old ram December 3 on a remote escarpment of the Pine Ridge National Recreation Area south of Whitney.

Todd Nordeen, the Nebraska Game and Parks Commission big game and disease research manager who supervises the hunting program, said both rams harvested this year were trophy caliber Rocky Mountain bighorns, the subspecies that resides among the rugged sandstone buttes and escarpments of the Nebraska Panhandle. The ram harvested Wednesday marks the 27th in Nebraska since the Game and Parks Commission’s hunting program began in 1998.

The number of Nebraska bighorn sheep permits available each year is based on the state’s population of the species, especially mature rams, as determined during monitoring by Game and Parks staff. The permit winners are assisted by Game and Parks staff and treated to meals and lodging at Fort Robinson State Park.

Money from the hunts has been vital to bighorn sheep conservation in Nebraska. About $1.5 million has been raised through the lottery applications and auctions.

Reintroduction efforts for bighorn sheep began in the 1980’s, an attempt to remedy the over-hunting, habitat loss and disease that led to their extirpation from the state in the late 1800’s.

Nebraska’s population of bighorns stands at about 230 in the Wildcat Hills and Pine Ridge.