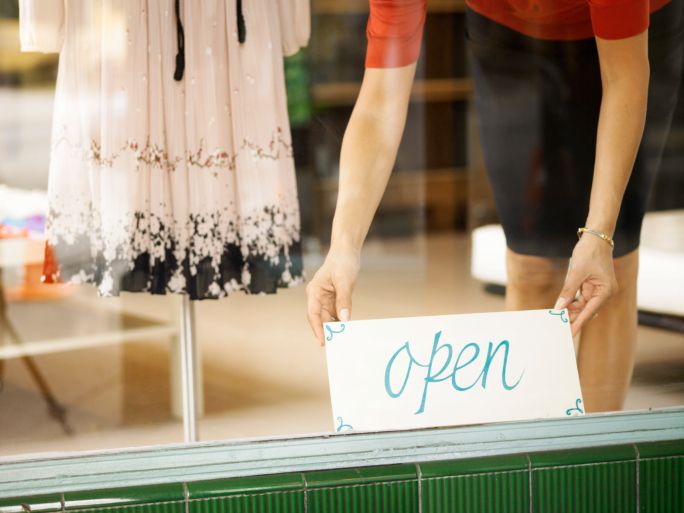 Some business owners and employees say they are glad to have more customers following news that the governor is loosening COVID-19 restrictions, but they are also wary of the need to maintain social distancing and mask wearing.

Gov. Pete Ricketts announced June 15 that most Nebraska counties will enter phase 3 of reopening on June 22. The phase will increasingly open a variety of businesses and organizations throughout the state.

John Phillips, owner of Fox Theatre in Sidney, said the theater is open and following all of the governor’s guidelines as capacity limits are increased. He said evening shows have been slow, but the matinee programs have seen interest. Overall, he’s happy to be able to be open.

“No one wants to be closed,” he said. “Two and a half months is a long time.”

At the Archway monument and museum in Kearney, marketing coordinator Mark Foradori said the building normally doesn’t reach anywhere close to its capacity, but extra safety precautions have been put in place. He said the increased capacity limits won’t affect the monument, especially since fewer people are on the roads and looking to stop by.

“One of the things that we have going for us at the Archway is, it’s a really pretty enormous building,” he said. “So people can easily social distance, and we have a lot of air circulating through, which also helps.”

At bars and restaurants, patrons will now be able to play games like pool and billiards and food can be consumed at the bar. Maximum occupancy is also allowed, with a limit of eight people per table. Previous restrictions called for only 50% of occupancy and groups no larger than six per table.

Bar owner Daris Peterson said he plans to reopen Shooters Pool and Sports Bar in Bellevue on June 22 with the relaxed health measures. He said he’s excited to be able to reopen, even with the continued precautions of social distancing and increased sanitation.

“I’ve been losing a lot of money over the past few months,” he said.

Fan attendance at sporting events will no longer be limited to household members. Beginning July 1, contact sports, including football and basketball will be able to resume.

“Outdoor sports …  those will most likely be a little easier to logistically hold,” he said. “Indoor sports … we’re still working on the logistics of how to safely and best hold those sports.”

Giboney said all of the Head Start programs have 16 children and three teachers, which meets the state restrictions.

Gyms, spas and health clubs will be able to operate at 75% occupancy, up from the previous 50%.

The Columbus Family YMCA reopened June 2 and is slowly building back up to its normal business, said CEO Corey Briggs. He said he sees the easing of restrictions as helpful to reopening but recognizes that the virus is still a threat.

“We’re slowly getting our numbers back up, and we’re looking to do some more reopening soon,” he said. “But we still have to be smart because it’s not meaning that the virus has gone away, it’s just we’re trying to open up more, so we still need to take precautions.”

Salons, barbershops, massage therapy and tattoo businesses have also moved from a maximum of 50% rated occupancy to 75%.

Anne Lewis said her salon in Scottsbluff, Infinity A Salon, was closed for about six weeks and she was scared for her employees. She said the salon is open now and will be running at the same level after June 22.

“We have all the restrictions of the state guidelines. They’re not that bad, but they have affected us a little bit,” she said. “But we’re happy to be working.”

Lewis said she expects the need for her employees to wear masks to continue for a while.

“My prediction for the salon as far as the masks go is that we will probably be wearing them until the end of the year,” she said. “But I could be wrong.”