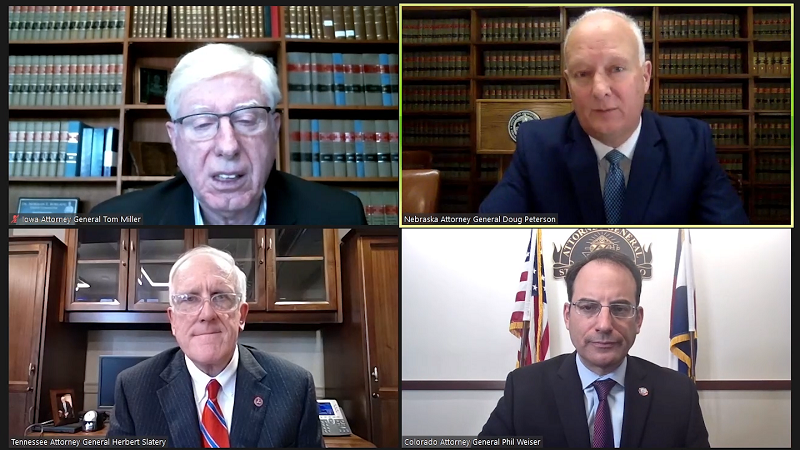 Dozens of states including Nebraska filed an anti-trust lawsuit against Google Thursday, alleging that the search giant has an illegal monopoly over the online search market that hurts consumers and advertisers.

The lawsuit was announced by Colorado Attorney General Phil Weiser during a virtual news conference, and was filed in federal court in Washington, D.C. by states represented by bipartisan attorneys general from 34 other states as well as the District of Columbia, Guam and Puerto Rico.

During the announcement, Nebraska Attorney General Doug Peterson said the issue really hit him during a conference in 2018, in which some industry representatives discussed how much data is collected by big tech, and how powerful it really was. “How powerful it was in controlling markets, and how powerful it was in also controlling information,” said Peterson. “I happened to be sitting next to the former Attorney General for Illinois, and I remember her leaning over and saying to me that ‘This is probably one of the biggest threats to our democracy’.”

The states allege that Google illegally maintains its monopoly power over general search engines and related advertising markets through a series of anti-competitive exclusionary contracts and conduct.

The case is the third antitrust salvo to slam Google during the past two months as the Department of Justice and attorneys general from across the U.S. weigh in with their different variations on how they believe the company is abusing its immense power.

Weiser said it’s too early to know what the remedy is, so at this time the suit does not seek a specific resolution.