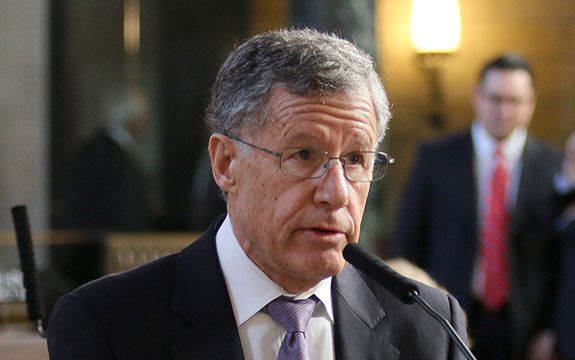 Lincoln, Neb. — The Nebraska Republican Party is calling on a state senator to leave the party and re-register as a Democrat after the lawmaker accused GOP officials of “enabling white supremacy in our country.”

Nebraska Republican Party Executive Director Ryan Horn said Monday that state Sen. John McCollister has been telegraphing for years that he has little in common with the GOP voters in his Omaha district.

The statement came after McCollister blasted the party for not speaking out against President Donald Trump’s inflammatory comments about minorities.

McCollister has said he doesn’t intend to switch parties.
Horn says McCollister’s voting record on guns, taxes and abortion runs counter to what most conservatives believe. In May, McCollister spoke at an abortion-rights rally at the Nebraska Capitol.