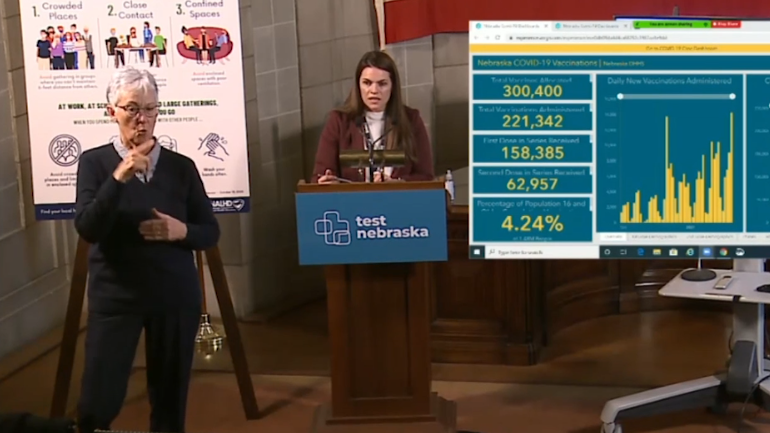 Nebraska public health officials say the state is making some very solid progress in the vaccination rates for COVID-19.

During the governor’s pandemic response update Friday, DHHS Incident Commander Angie Ling said the state had a record number of vaccinations of 14,231 on Thursday, and the plan is to keep that level of momentum moving forward.

“Next week, we are expecting 11,700 doses of primary Pfizer doses, and 17,000 Moderna primary doses, and we expect to receive those quantities each week moving forward for the next three weeks,” said Ling. “Each week, we’re also receiving approximately 23,500 second doses, and as the weeks continue,that number will go higher to mimic the schedule we’re on.”

Ling also said the Federal Retail Pharmacy Program is slated to begin next week, but the exact start date has yet to be confirmed.

She did say that initial distribution through that channel will be somewhat limited in Nebraska to select Walmart pharmacies, and locally-owned pharmacies falling under distributors of the AmeriSource-Bergen drug company and Cardinal Health.