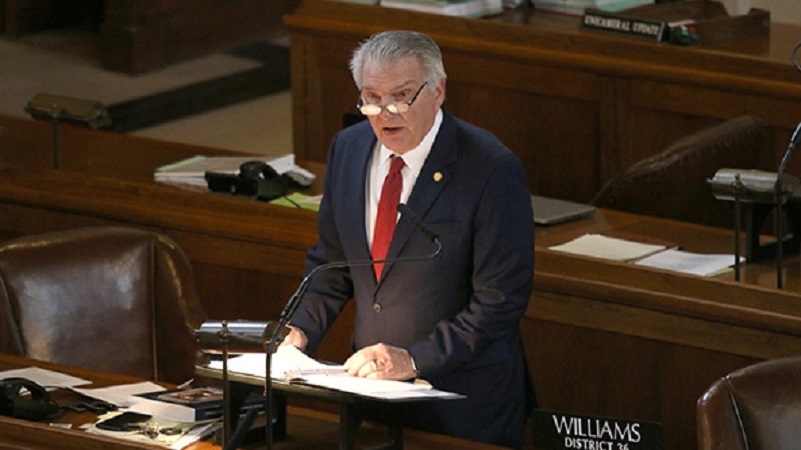 Lawmakers reconvened March 23 and approved an amendment that would provide emergency funding to combat the novel coronavirus pandemic in Nebraska.

Offered by Gering Sen. John Stinner, the amendment would replace the contents of his LB1198, which senators previously had advanced to the second round of debate. The amendment would appropriate a total of $83.6 million to bolster the state’s response to the spread of COVID-19, the disease caused by the new coronavirus.

Stinner said using the new program as the single funding source for the state’s efforts to combat COVID-19, rather than making separate appropriations to individual agencies, would simplify the process and allow adaptability and flexibility.

Among the funding priorities outlined in Gov. Pete Ricketts’ request to the Legislature were:
• $38.2 million for personal protective gear and other supplies and support for local health departments;
• $13 million to maintain staffing at veterans’ homes and state Department of Health and Human Services care facilities;
• $4 million for additional staffing and overtime costs for the DHHS Division of Public Health;
• $2.5 million to the University of Nebraska Medical Center for lab equipment, software programming and personnel;
• $515,000 to UNMC to facilitate COVID-19 testing; and
• $344,000 to establish a statewide communication system to share information related to response efforts.

Stinner said the amendment also would provide $25 million in unobligated funds. The current situation is fluid, he said, and the additional funds would be held in reserve for unforeseen needs that may arise.

“We’ll get through this,” Stinner said. “But now it’s our turn to lay down our partisan politics and pass this bill for the state to protect the safety and well-being of all Nebraskans.”

Speaker Jim Scheer of Norfolk suspended the legislative session March 16 in response to growing public health concerns regarding spread of the virus. He called senators back into session this week for the limited purpose of approving emergency COVID-19 pandemic funding.

Scheer thanked lawmakers for their willingness to put themselves at risk to provide additional resources to the executive branch.

“It is truly an historic time in our country and for us to be here—to be able to do something to help the residents of the state of Nebraska,” he said.

Following adoption of the amendment on a vote of 44-0, lawmakers advanced LB1198 to final reading by voice vote. Lawmakers are scheduled to consider the bill on final reading March 25. 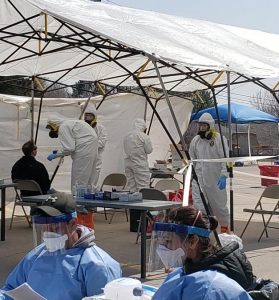