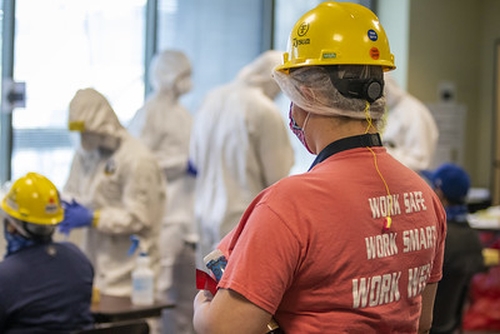 Lincoln, Neb. —  Today (Monday)  Nebraska National Guard mobile testing teams are supporting COVID-19 testing locations in Grand Island and Omaha. These are the first two sites of the Test Nebraska initiative, which is aimed at significantly expanding testing capacity in the state over the next several weeks.

Teams at these locations will collect test samples from area residents who have completed the online health assessment and have been recommended for testing. Residents were notified last Friday for today’s first round of testing.

Nebraskans are encouraged to go online at TestNebraska.com to take the initial assessment and to learn more about testing protocols near them. The Test Nebraska program provides the ability to screen residents based on risk, prioritize who needs to be tested, route those individuals to testing sites, and manage the spread of the virus throughout the state. Additional Test Nebraska sites are expected to open in the coming weeks.

Test Nebraska is a three-part program, implemented through a public/private partnership designed to help state officials understand the health of Nebraskans, expand testing capacity, and inform those who are affected.