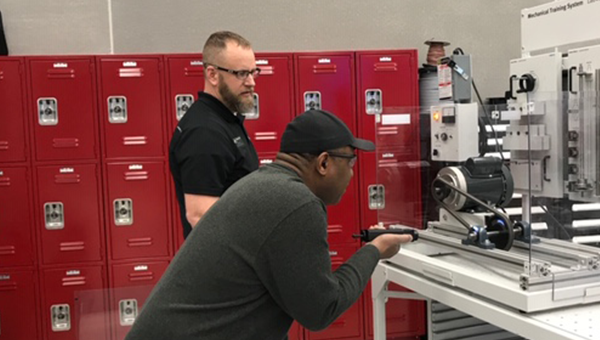 Courtesy/Kearney Works, Google.org Impact Challenge Winner, tackles the issue of rural workforce development through services to help clients to be well prepared for the labor pool.

Governor Pete Ricketts (R-NE) was on hand to congratulate the winners. “We are very grateful for Google’s continued investment in Nebraska,” said Nebraska Governor Pete Ricketts. “These funds will go far in helping deserving nonprofits create innovative solutions for their communities and accelerate economic growth across the state.”

The virtual celebration included a panel discussion with the local judges for the Impact Challenge and touched on everything from how to operate during the pandemic to best practices for supporting underrepresented communities now and moving forward.

“Google is proud to support the innovative ideas of these five nonprofits as they work to create economic opportunity,” said Dan Harbeke, Regional Head of External Affairs for Google. “A special congratulations to our ‘People’s Choice’ winner, New Americans Task Force: Career Ladder. Their mission to provide step-by-step assistance to skilled immigrants and refugees that will help them re-enter their former careers here, in Nebraska, is inspiring and essential.”

New Americans Task Force was a finalist for the ‘People’s Choice’ award alongside four other Google.org Impact Challenge Nebraska winners. All five winners received an initial $175,000 last week when Google opened public voting and asked Nebraska to choose the one nonprofit that they believe has put forth the most innovative and impactful proposal to create economic opportunity in their communities.

“It’s an honor to be recognized as the ‘People’s Choice’ winner for the Google.org Impact Challenge here in Nebraska,” said Lee Kreimer, Programs Manager at the Asian Community & Cultural Center and co-chair of the New Americans Task Force. “We are incredibly excited to provide more tools to New Americans to help them build strong lives as they look to become successful in our community. We are stronger when all of our voices are heard and served.”

The Google.org Impact Challenge Nebraska winners were chosen by an all-star panel of judges including:

Accident on Highway 81 results in injures