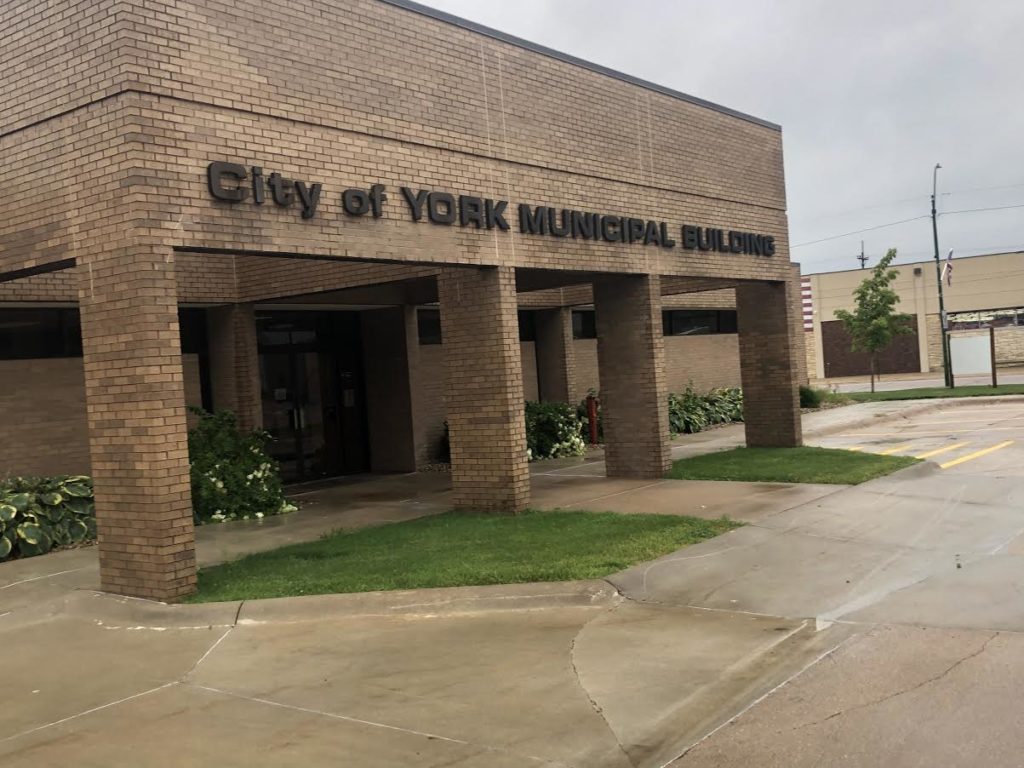 YORK- The council chambers were nearly full Thursday night for the second city council meeting of the New Year. The reason being, the new facility going up on 605 East Ninth Street. The Facility is called “New Life Place”, and the purpose of this facility is transitional housing for female parolees/probationers. Years ago, the building was used as a group home by Epworth Village and was owned by the Women of the United Methodist Church entity and has been vacant for some time.

Near Christmas, an entity of Alchohol and Drug Solutions in Lincoln purchased this property to establish New Life Place. New Life Place would accommodate up to 10 women and provide support and services to transition women to independent living. The programming and services are to be provided by trained and licensed staff who provide assistance to the women. Most participants would be in the facility for 30-60 days and up to 84 days if need be.

According to the owner Dameon Gilfillan, the facility will, “provide supportive, temporary housing which would include programming and services to facilitate the transition to independent living. Programming/services are provided by trained and licensed staff who provide assistance, skill training, and support to the resident to develop competence and skills to enable them to successfully transition into the community.” Gilfillan also said that the participants have been deemed appropriate for society and they are nor violent offenders or sex offenders.

Shortly after the property was purchased, people in the neighborhood began to see activity and then a large monument was placed in the yard. People of the neighborhood then contacted city officials about what was going on in the area, after finding out what the intent of the facility is. City Administrator Joe Frei asked Gilfillan to come to the meeting and explain the intentions. Mayor Barry Redfern echoed that as he was contacted by many residents.

Gilfillan said that they are serving some women from York in Lincoln now. He also said, “It was brought to our attention that there is a great need here and we found a property with 10 beds.” He reiterated they had no intent to cause concern within the community.

Gilfillan discussed that since the passage of LB605 in 2015, Nebraska Probation has the responsibility to supervise clients within the community who have been released from the Nebraska Department of Correctional Services or local county jails. These situations involve a term of post-release supervision. Gilfillan said that the short term housing option for women increases success for probation, post-release and problem-solving court individuals who also reducing committing a crime again.

He also said they have had no issues with the facility in Lincoln. He said there were no intentions of hiding what they were doing. One of the first things they did was start to clean up the building, but with questions arose, but they stopped as Gilfillan said, “we want to be good neighbors.”

Gilfillan said that his company does employ licensed mental health practitioners, counselors, among others. He also said that the facility won’t be staffed 24/7 and went on to say, “The residents will be going to work, they won’t be confined to that house, it will be more like an apartment building.”  He did say curfew checks will take place every night. He also said visitors or overnight visitors are not allowed, to keep the participants actively engaged.

It was also said by Gilfillan when asked by council members why York, “York is in dire need of transitional living services. The legislature allocated money for it, yet there is none here.” He went on to say that for the majority home is toxic and where problems begin and the staff at New Life Place could help with that.

Members of the community then had the opportunity to ask questions. Many dealing with why they hadn’t come to the members of the neighborhood about the fairness of putting up the facility. Gilfillan said they didn’t have time and that everything happened very quickly and that when they have moved forward in the past that there was no backlash in other cases. Gillifan also said, “I can assure you, you will not be able to tell a difference, the women will be trying to live their lives and be successful members of society.”

Zoning for the facility was discussed as well. At this time, it looks to be uncertain about the legality of this facility because of the location.

Mayor Redfern said that he appreciated the tone of the conversation from the community and will Gilfillan. Redfern also mentioned that they will keep the community informed as this progresses.