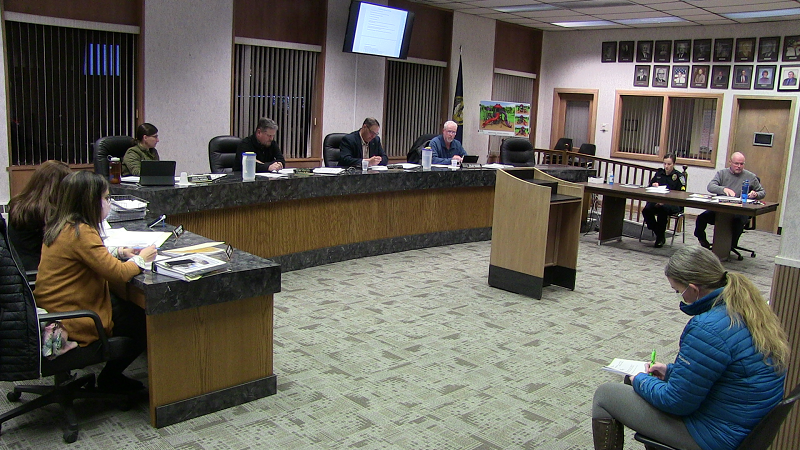 The City of Mitchell will have a new Police Chief follow a meeting of the City Council Tuesday night that saw concerns expressed by the public about the future of the Police Department, and the accelerated resignation of Mike Cotant from the city’s top law enforcement post.

Hopkins expressed displeasure with how the situation had been handled, making a pointed accusation the Mayor had forced Cotant to step down. Curtis held up a sheet of paper, saying it was the Chief’s resignation letter, the issue was a  personnel matter, and that if Hopkins wanted to discuss it further, he could ask for an executive session. Hopkins declined, saying he thought it was an important issue the public had a right to hear.

At the December, 2020 meeting, Cotant had informed the city he intended to step down at the end of April. During their January meeting, the Council approved appointment of Sergeant Mandy Murphy as Chief in Command as the city started to take applications for the permanent post. Cotant was anticipated to stay on and assist with administrative duties until a new Chief was named.

Following acceptance of the resignation on a unanimous vote, the council then unanimously approved the appointment of Kevin Krzyzanowski as the new Police Chief.

Curtis said the former NSP Trooper and SWAT Team Commander is highly decorated, and had reached out about the post.

“One of the reasons for it (applying), he stated that he knew what Mitchell’s Police Department used to be, and seeing what it has become he felt like he wanted to be a part of Mitchell,” said Curtis. “He said he feels that if we hired him, he would make a positive impact on the Mitchell Police Department, create a positive culture where it becomes a place where officers want to come to work, and a safe place to work.”

The Mitchell Police Department has had three officers step down since the end of December, something resident Gary Ritterbush  said during open comments at the start of the meeting made him question what was going on, and that it was a concern for the community.

Curtis told KNEB News Krzyzanowski had indicated he could start in the new role as soon as this week. The Mayor said he reached out to both the Morrill Police Department and the Scotts Bluff County Sheriff’s Department for assistance covering patrols in the community until the force could be brought back up to strength.