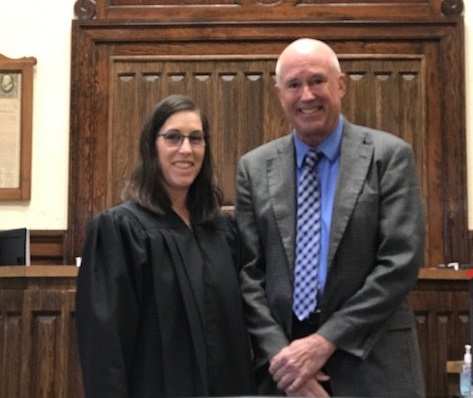 Last month, the Scotts Bluff County Board of Commissioners unanimously approved the appointment of Moore to be the next Public Defender.

Moore comes to Scotts Bluff County from Arizona. Prior to his time there he was the Public Defender in Madison County Nebraska for 15 years.

Commissioner Charlie Knapper, who sat on the selection committee that made the recommendation, told Rural Radio News that both Moore and an internal candidate had solid qualifications for the post, however Moore’s experience in the field was more extensive. “What impressed me the most about him was his compassion for his clientele as a Public Defender, (and) I felt that was really important,” said Knapper. “I think that’s going to serve our public well.”

Knapper says Moore is familiar with the area, as his wife did some work in the county in the past, and he’s excited to come back to the area.