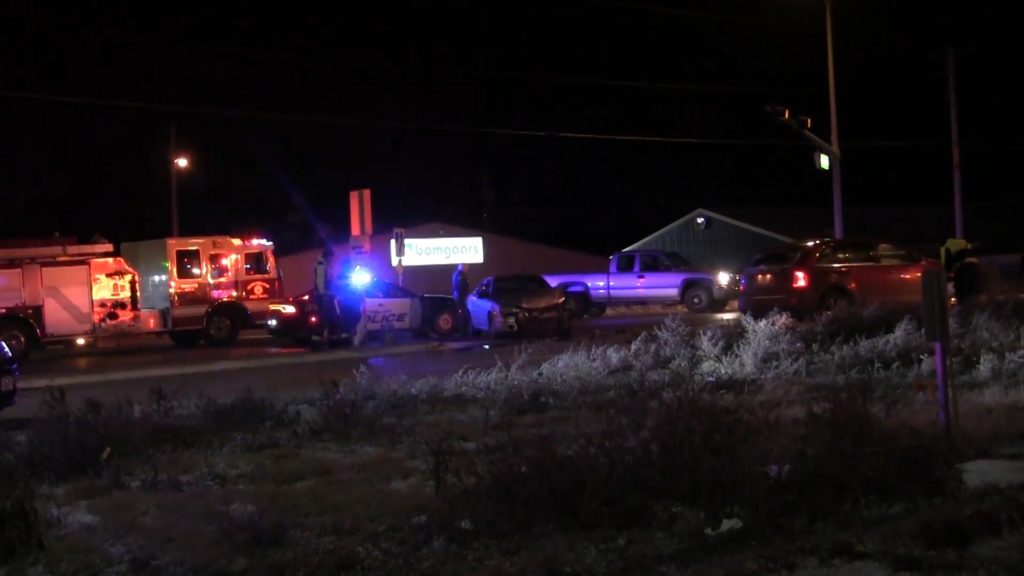 No injuries are being reported following an early Monday morning accident that occurred on the east edge of Scottsbluff.

Around 5:15 a.m., Scottsbluff Police and Fire Department responded to a three vehicle accident that occurred at the intersection on Highway 26 and East Overland.

Police say a juvenile female was attempting to cross Highway 26 in her Pontiac Grand Am, and failed to yield to an eastbound PT Cruiser.

The Grand Am struck the driver’s side of the PT Cruiser, which was driven by 43-year-old Bryan Ballinger of Scottsbluff. The force of the impact caused  Ballinger’s vehicle to strike a red Ford SUV driven by 44-year-old Nichole Robinson of Gering.

All three vehicles sustained significant damage and were towed from the scene.  The stretch of East Overland between Highway 26 and 21st Avenue was closed to through traffic for approximately 45 minutes as crews worked to clear the scene.

Fortunately, no injuries were reported and none of the driver’s required transportation to the hospital.

The juvenile female was cited for failure to yield the right of way.

The Nebraska State Patrol and Valley Ambulance assisted with this morning’s call.