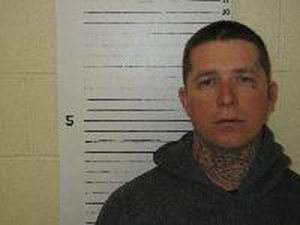 North Platte, Neb. — Investigators with the Nebraska State Patrol (NSP) have arrested a North Platte man on several charges related to a search for two fugitives in January.

30 year old Tyler Corbit  of North Platte, was arrested Tuesday on five felony charges related to aiding and abetting. Investigators discovered that Corbit had assisted his brothers, Chris Corbit and Jeremy Bailey, as they were being sought by law enforcement in multiple states in early January.

The two men were wanted in connection with a homicide investigation being conducted by the Tulare County Sheriff’s Office in California. They traveled to Nebraska, prompting NSP to issue an alert to the public on January 5 to avoid contact with them and report any sightings to 911.

Bailey and Chris Corbit then fled Nebraska. The two fugitives were found and arrested in Utah by the Utah Highway Patrol.