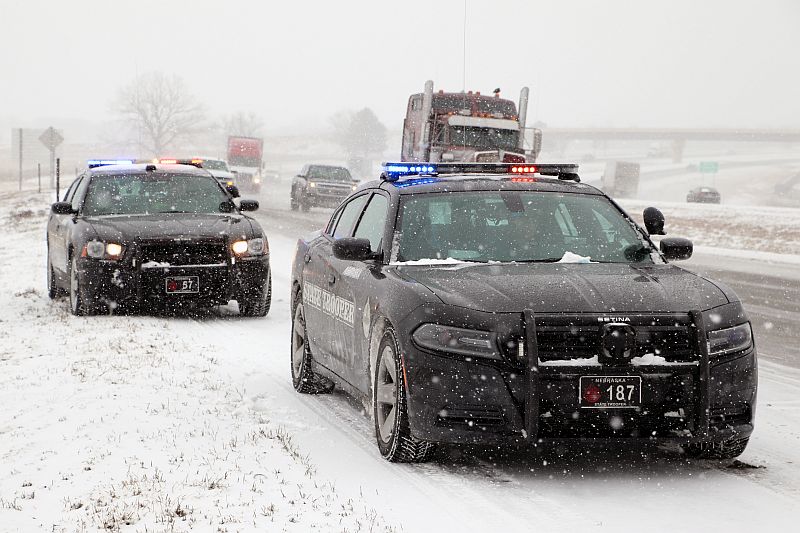 NOVEMBER 27, 2019 (LINCOLN, NEB.)  — The Nebraska State Patrol will be collaborating with dozens of other law enforcement agencies throughout Nebraska to keep roads safe over the Thanksgiving holiday weekend.

“Yesterday we had our first major snowfall of the season for much of Nebraska and today marks one of the busiest travel days of the year,” said Colonel Bolduc, Superintendent of the Nebraska State Patrol. “In the aftermath of yesterday’s storm, drivers should plan ahead for extra travel time and take it slow on any roadway affected by snow or ice. Troopers are on the road and ready to help in the event you need assistance.”

Troopers will be working overtime from Wednesday, November 27, through Sunday, December 1, as part of the annual “Click It or Ticket” campaign. The campaign runs in conjunction with efforts of law enforcement agencies across the country, including more than 30 in Nebraska.

“As people travel today and throughout the entire holiday season, our troopers will be working diligently in all parts of the state,” said Bolduc. “We want Nebraskans and our visitors to remain safe on the roads. A major component of that goal is seat belt use.”

In 2018, 66 percent of the people who lost their lives in passenger vehicle crashes in Nebraska were not wearing a seat belt. The “Click It or Ticket” campaign encompasses both enforcement efforts through high-visibility patrols and educational efforts designed to encourage seat belt use.

The “Click It or Ticket” campaign is made possible thanks in part to a grant for $20,800 from the Nebraska Department of Transportation – Highway Safety Office.

Cattle Call looks at potential for higher cash for cattle