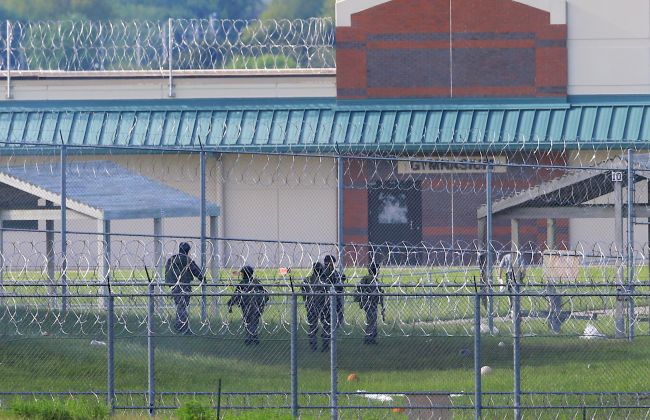 The Nebraska Department of Correctional Services says in a news release Friday that the attack happened Thursday evening just after the inmate was escorted from his cell so an inspection could be made of a maintenance issue inside the cell.

Officials say the inmate, who was in restraints, was still able to use the homemade weapon to stab the staffer twice in the back of the staff member’s hand. Other staffers then used pepper spray to subdue the inmate.