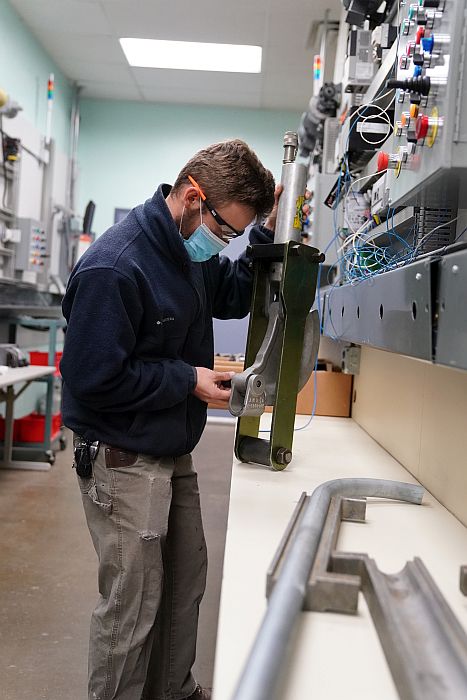 Students at North Platte Community College are benefitting from a donation of about $50,000 worth of equipment from ASC Capacitors in Ogallala.

“If I were to buy some of these items, it would definitely eat into my budget,” said Jake Elmshaeuser, NPCC electrical technology instructor. “Looking at the bigger picture – ASC’s generosity is a plus for taxpayers because it saved a lot of expense for the college as a whole.”

Electrical wasn’t the only department to benefit from the donation. The college’s automotive, auto body and heating, ventilation, air conditioning and refrigeration departments will use the equipment as well.

Chris Heilman took over as the president and chief operating officer of ASC in July. He said the donation was the result of a housecleaning project the company is working on. Much of the equipment has been in storage up to this point and is no longer needed by ASC.

“Instead of selling the items on eBay, we decided to reach out and see if the college could use some of it,” Heilman said. “We’re really happy to be able to do something for the community. We want to give back to those who have helped and supported us for so long, and we will continue to look for other opportunities to do that.”

The management of ASC has a soft spot for community colleges. The company has partnered with NPCC for training in the past, and Rick Dupin, ASC’s operations manager, is a community college alum.

“I think having NPCC in this region is absolutely critical,” Dupin said. “We’ve had employees utilize it to brush up on both technical and leadership skills. Having an opportunity for higher education close by that’s affordable is good for business and good for the community. Anything we can do to help control those costs is something we would want to do.”

More information about the company can be found at: ascapacitor.com.