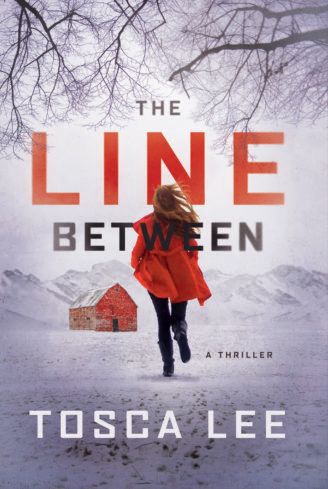 In January 2020, the Wilson Public Library launches their sixth One Book, One Cozad program with the selection of The Line Between by Tosca Lee.

The first title in a duology, The Line Between was published in early 2019. Around that time, it was announced that Edward Burns and his Marlboro Road Gang Productions would be teaming with Radar Pictures to develop the novel into a television series. The sequel, A Single Light, was published this past September.

After choosing books that take place in rural Nebraska and set against backdrops of Westward Expansion, World War II, space, and farming, this year’s fiction selection takes on a variety of topics, too, in thriller form. A large portion of the novel takes place in Nebraska.

In the thriller, we meet 22-year-old Wynter Roth, a former member of a doomsday cult, and learn her story while mysterious medical cases spiral toward pandemic and a cyber-attack plunges the nation into chaos. It is up to Wynter, who has spent most of her life preparing for the apocalypse, to use her survival skills to lead those she loves to safety.

Regularly scheduled book discussions and events will be held through May at the library for all interested persons beginning in February. A special set of books will be set aside near the library’s circulation desk for all of 2020 for those wishing to check out the book. Additionally, a special tab at www.wilsonpubliclibrary.org will have information regarding up-coming events. Wilson Public Library is encouraging all local book clubs to thoughtfully consider adding The Line Between to their selection lists for 2020.

The notion of a one book/one city (state, county, church, etc.) started with an idea by Seattle librarian Nancy Pearl. First initiated in 1998 by the Washington Center for the Book, the Library of Congress reports that such programs are abundant around the world. In fact, in 2018, One Book, One Nebraska will celebrate its thirteenth year of a statewide program. Wilson Public Library agrees with the Nebraska Center for the Book’s philosophy that “reading great literature provokes us to think about ourselves, our environment and our relationships,” and that “talking about great literature with friends, families and neighbors often adds richness and depth to the experience of reading.”