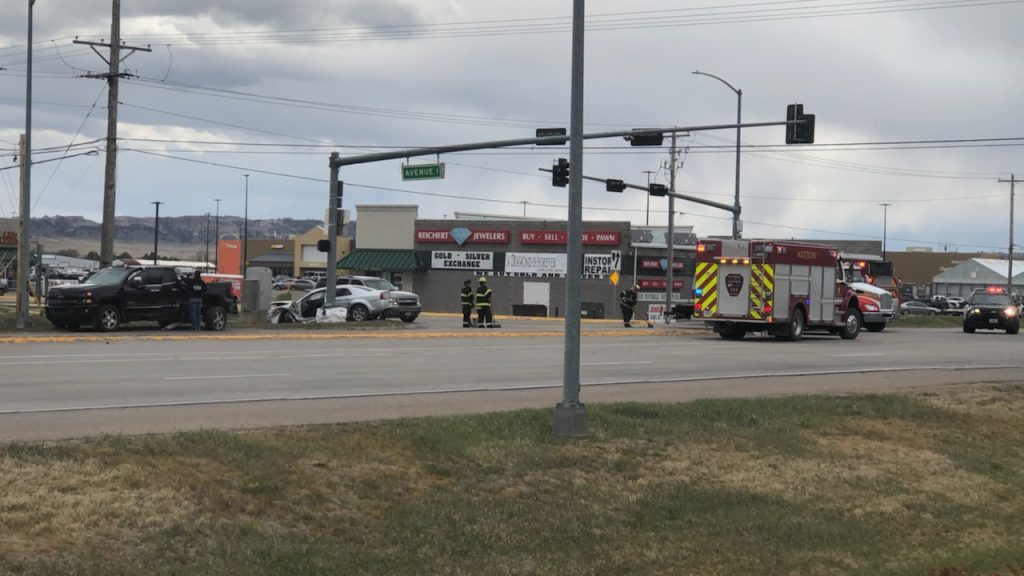 One person was taken to Regional West for injuries following a three-vehicle accident on the north side of Scottsbluff Thursday afternoon.

Scottsbluff Police, Fire and Valley Ambulance were called to the intersection of Hwy 26 and Avenue I just before 4 p.m., finding two pickups and a sedan involved.

Investigators say a Dodge pickup westbound on the highway driven by Jeffrey Crane attempted to turn south onto Avenue I, but turned into an eastbound Chevy pickup driven the Ethan Kerk.

After being struck by Crane, Kerk lost control of his vehicle and it continued east, sliding into a Silver Malibu driven by Kyna Ballinger.

The force of the collision forced Ballinger’s vehicle south east where it struck a light pole on the south east corner of the intersection.  Ballinger was not wearing her seat belt and was transported to Regional West Medical Center where she was treated and later released.

All three vehicle’s involved were towed due to damages.  Crane was cited for failure to yield right of way.