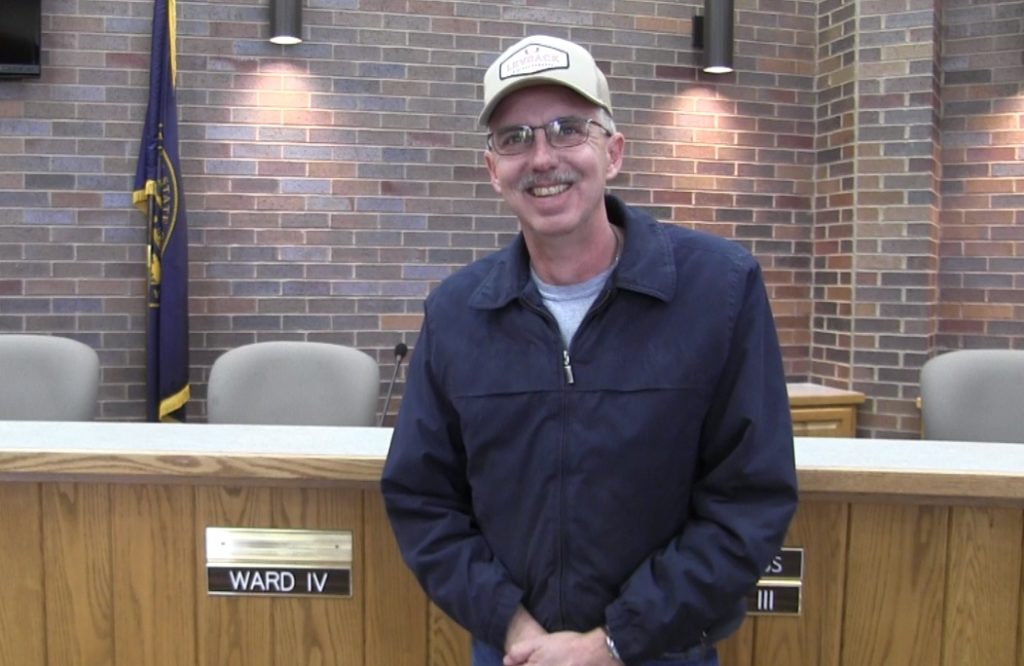 During  Monday’s Gering City Council meeting, a lifelong resident was selected to serve Ward IV for the next three years.

Parrish Abel was elected by a 5 to 1 margin by council members to serve the remaining term left by Phillip Holliday, who submitted his resignation earlier this fall.

Abel, Jamey Balthazor, and Craig Erdman all submitted letters of interest to the council earlier this month to serve the people of Ward IV.

Mayor Tony Kaufman says all three applicants were outstanding, and Gering is very fortunate to have multiple qualified candidates step forward and be willing to serve the community in this community.

“You know it’s not an easy job to sit behind the desk and be on any governing board that makes decisions that affects others in the community,” said Kaufman. “It’s rewarding at times, but it’s also very difficult at times. So I just want to stress how these decisions are because it’s not personal. We got to have the seat filled and need to carry on with a full council.”

The second motion was to approve the appointment of Abel to fill the vacancy; Smith, O’Neal, Gillen, Backus, and Cowan voted in favor of the appointment, while Weideman cast the only dissenting vote.

Following the second motion, Kaufman welcomed Abel to the council, and thanked Erdman and Balthazor for their interest.

Afterwards, we caught up with Gering’s newest city council member, who explained why he submitted his name for consideration and why he wanted to serve.