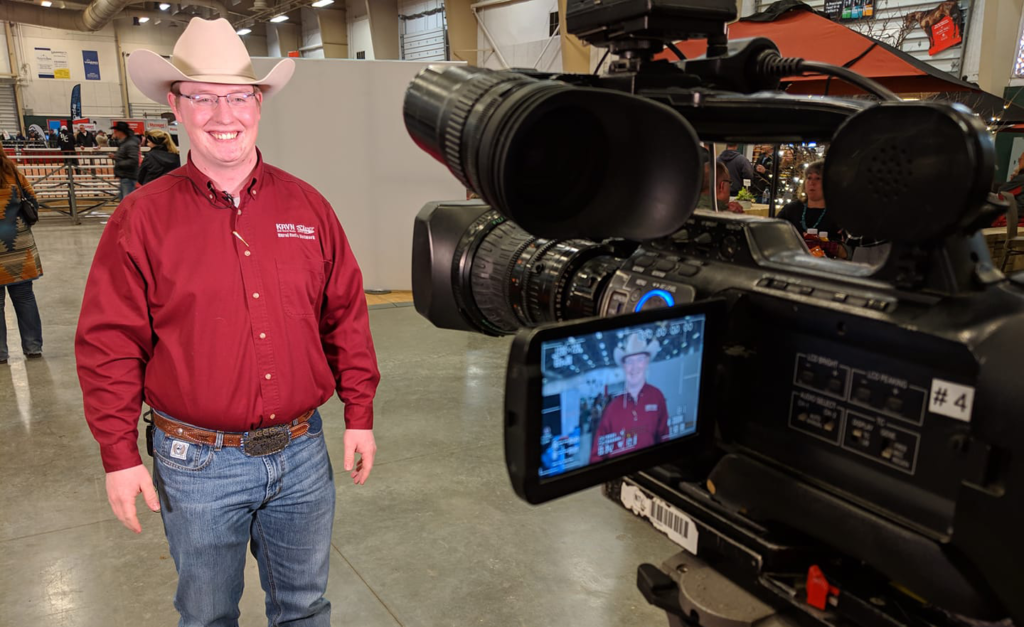 Earlier this week, the Nebraska Rural Radio Association announced that longtime broadcaster and market anchor Dewey Nelson was retiring after 49 years in radio. Nelson spent 35 of the years with the NRRA, the only farmer and rancher owned radio association in the country.

“Dewey left big shoes to fill,” Patton said. “He’s a great professional who always kept the agriculture producer in mind. He was also a mentor to many of us in the company.”

“Clay brings a wealth of market information with him from previous experience,” Rural Radio Network Farm Director Susan Littlefield said. “I am excited to see Clay in the market chair bringing important information to those in and out of the industry.”

As for his new role, Patton says he plans to bring a similar approach that Nelson had.

“Change is never easy, but I hope to be a consistent voice on the markets, build a reputation for being accurate and provide timely information for our listeners.”

The Nebraska Rural Radio Association the only radio group in the nation which is owned by a cooperative of farmers and ranchers.

Enjoy agriculture news from the Rural Radio Network? Subscribe to the weekly newsletter!

The Monday Final Bell with Sam Hudson of Cornbelt Marketing