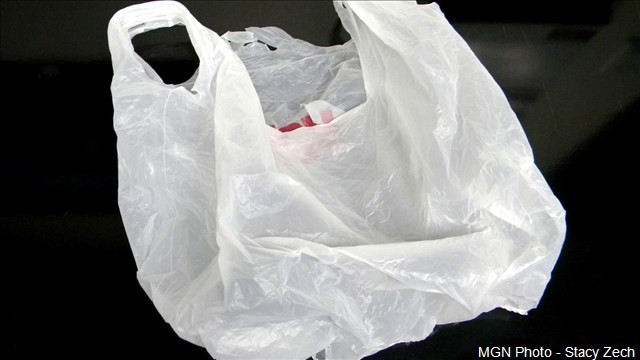 Reduce, reuse and recycle are modern day commandments directing the lives of consumers who are becoming increasingly aware of the environmental impacts of their consumption habits.

Something once shrugged off as insignificant yet completely necessary for the sake of convenience is today facing bans in states across the U.S.

New York state law took effect March 1 that prohibits the distribution of plastic carryout bags. California led the way with a state-wide ban on single-use plastic bags at large retail stores in 2014, and other states may be considering doing the same.

Has this been a conversation in Nebraska?

“We are not in conflict on a long-term goal,” said Jim Otto, president at Nebraska Retail Federation.

As it turns out, Nebraska has had conversations in the Legislature and among retailers about topics like plastic bags throughout the state. Two bills in the Legislature would limit the use of plastic bags and require the same policy to apply statewide. LB 905 implements a 5 cent fee on single-use checkout bags at for-profit stores, and LB 861 would create uniform regulation of consumer merchandise and containers across Nebraska.

But stakeholders in the shopping bag world disagree on the best approach.

“I think it would be in everyone’s best interest to make sure that they are making decisions based on science, not on emotion,” Siefken said.

Siefken said she’s been working against plastic bag bans for two years now. Her main reasons for opposing the ban is the economic impact to customers and the government getting in the way of companies and producers to make the choice and change themselves.

Siefken said that while she was driving to pick up lunch for everyone in her office, she saw a plastic bag in a tree. She said it really irritated her and understood that it was an emotion that others would act on.

Yet, Siefken said she also understands the efforts of businesses to promote environmentally friendly practices and sees the main issue behind that bag in the tree as an irresponsible disposal and failure to recycle. The issue was the consumer’s behavior, not the bag itself.

“My job is to try to educate people as to what our industry is actually doing,” Siefken said.

“When the government steps in the middle of the consumer and the manufacturer and starts building brick walls, all it does is slow down and cost business more money,” Siefken said. “Customers are driving the plastics issue, and the recycling issue. Manufacturers and sellers of merchandise are competing for those customers.”

Siefken said that the business community is already developing programs and technology to change their packaging to use more recycled or recyclable materials because that is exactly what their customers are now looking for.

“If you just let business or industry work on the fixes, use their expertise, let them use their dollars and let them develop their own plans to meet the needs of the consumers, they’re going to do it,” Siefken said.

Todd Wiltgen, public policy specialist with the Lincoln Chamber of Commerce, is more focused on the economic implications of a ban.

“For consumers, there’s a convenience and a cost to it,” Wiltgen said.

An alternative to a plastic bag ban with the same intention of limiting plastic consumption would be placing fees on bags. Placing fees on only plastic, however, would increase cost to merchants that provide paper bags that customers would turn to.

“The recycling people and the people in the industry have the same goal. They want to get rid of plastic bags. They just want to figure out and agree on a way to do it,” Otto said. “As far as our actual position, we being the Nebraska Retail Federation are opposed to a ban, but we are not opposed to a fee.”

Otto said that from studies he’s seen, fees actually change behavior of consumers more than bans do. Completely banning bags would leave customers without a way to carry their groceries home if they had forgotten to bring reusable bags and deprive them of what is often another tool used later such as for trash bag liners or picking up after pets.

“People are using those single-use plastic bags more than once. And every time they use those bags, it makes a bigger positive impact on the environment,” Siefken said.

Siefken gave an example of parents that use disposable diapers. Diapers cannot be thrown away in the trash without being contained and if their old grocery bags are no longer available, parents go to the shelves to buy thicker plastic products which ultimately contribute more to a landfill.

Siefken also said that low-income or fixed income families would have a financial burden of needing to buy a new bag or consistently paying fees to get groceries home. She suggested leaving bags available as they are now and just enforcing more recycling.

Nebraska lawmakers have discussed the bill LB 905 which implements a 5 cent fee on checkout bags. People like Jim Otto with the Nebraska Retail Federation suggest a higher fee to further discourage consumers from using plastic and decreasing litter in the environment.

Both Otto and Siefken said they believe Lincoln and Nebraska as a whole have the resources to be more responsible with plastic bag consumption and follow efforts states like New York and California have made. The question of whether a legislative ban, imposed fee or enforced recycling is the best solution, is still left unanswered.