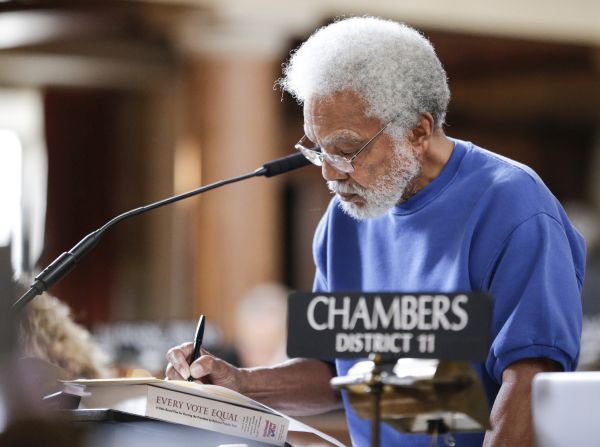 Lincoln, Neb. —  Nebraska legislators have given initial approval to a measure that would require law enforcement officers to undergo anti-bias training. The bill that received first-round approval Wednesday in a 43-0 vote could be the last major piece of legislation proposed by the state’s longest-serving and best-known state senator, Ernie Chambers. The Omaha lawmaker designated it as his last official legislative priority in what could be his final year in office. Chambers has served for a total of 46 years in the unicameral Legislature, but is leaving office next January due to term limits and has declined to say whether he’ll run again.