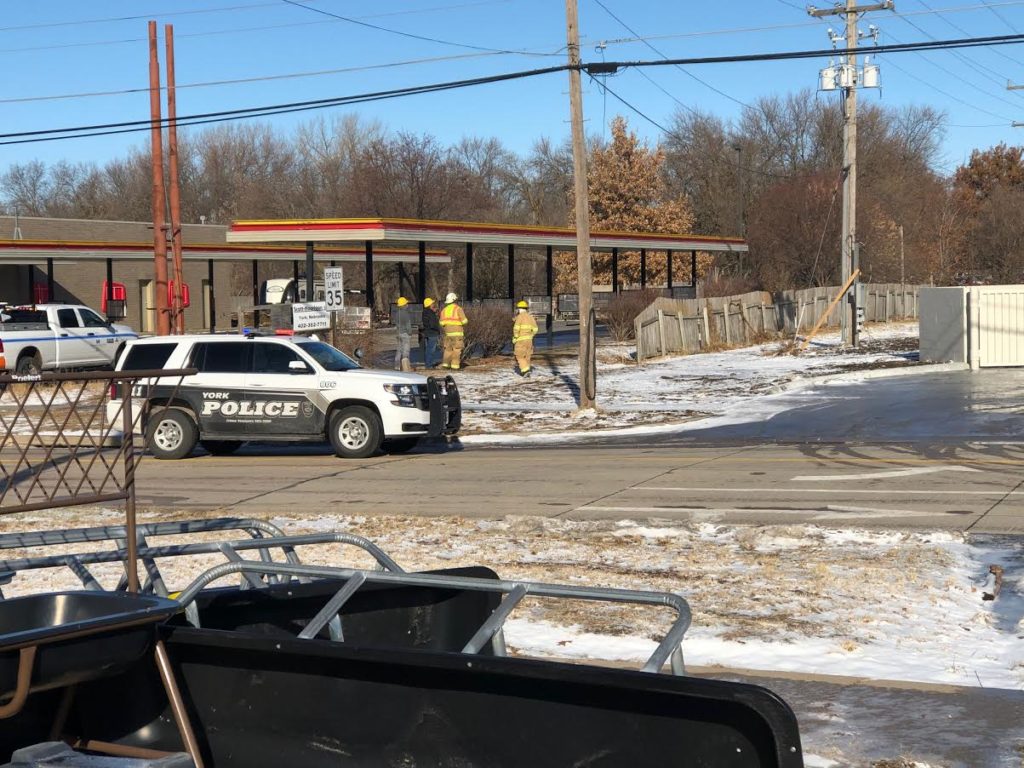 YORK- A small fire took place on a power pole just west of the Scooters Coffee Shop in York. At about 10:40 A.M. Monday morning, the York Fire Department was dispatched to the scene where small fire near the top of the pole. Raymond Boston, the Distribution Superintendent for York NPPD, said that the cause of the fire was a 34,500-volt insulator broke. He also mentioned this more than likely occurred because of ice, wind, and cold conditions that the community has been experiencing lately.

Boston said switching it out will be no big deal and it will be taken care of.

No one was injured.