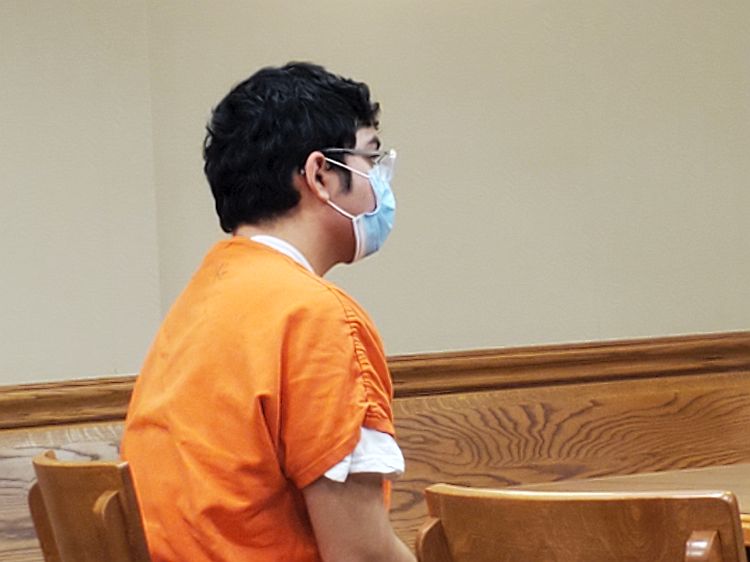 An 18-year-old suspect is seeking a hearing in his 1st Degree Murder case in Dawson County Court. Ramon Gonzalez-Romero was expected to waive his preliminary hearing that was held Thursday and move his case to Dawson County District Court for trial. But, Dawson County Public Defender Ken Harbison told Dawson County Judge Jeff Wightman that his client has since changed his mind. Judge Wightman granted a continuance of the hearing because the prosecution would not have their witnesses available Thursday. The preliminary hearing is now set for February 17, 2021 at 3:00pm.

Gonzalez-Romero also faces a Use of a Weapon to Commit a Felony charge in the shooting death of 15-year-old Jovanny Gandara. It stems from a confrontation in the northwest part of Lexington. Gandara was allegedly shot with a shotgun during the altercation. Two friends lifted him into a pickup and transported him to a Lexington hospital where he was pronounced deceased.

Gonzalez-Romero is being held without bond in the Dawson County Jail. Harbison requested that a reasonable bond be set. He said Gonzalez-Romero was born and raised in Lexington, a Lexington High School graduate and had “no prior record of any kind”. He also cited Gonzalez-Romero’s obligation to the Nebraska National Guard.

Dawson County Attorney Elizabeth Waterman asked that the “no bond” provision be continued. She said there had been no new information in the case since the arraignment earlier this month. Waterman said “the crime charged is a violent crime involving the use of a firearm”. With the potential penalty of life in prison, Waterman said it may lead Gonzalez-Romero to consider fleeing the area “or exercise the same type of judgment again and putting the public at risk”.

Judge Wightman agreed and ordered Gonzalez-Romero continue to be held without bond.

Lexington Police Department was notified around 7:25am January 2nd of a gunshot victim at Lexington Regional Health Center. Fifteen-year-old Jovanny Gandara was pronounced deceased at the hospital.

A police report further states that a group of people were riding around in a SUV on North Adams Street when they encountered a pickup that turned around and followed them to Airport Road and 20th Street where the altercation broke out. Gonzalez-Romero is alleged to have exited the SUV with a 12 gauge shotgun and fired three rounds at Gandara, striking him at least twice. Friends with Gandara lifted him into a pickup and transported him to the hospital.

It’s not clear what led to the confrontation but there was discussion, among some of those involved, about a dispute over a past relationship. The report also states that Gonzalez-Romero is a member of the Nebraska Army National Guard.

The Nebraska Commission on Public Advocacy has been appointed to assist in Gonzalez-Romero’s defense.