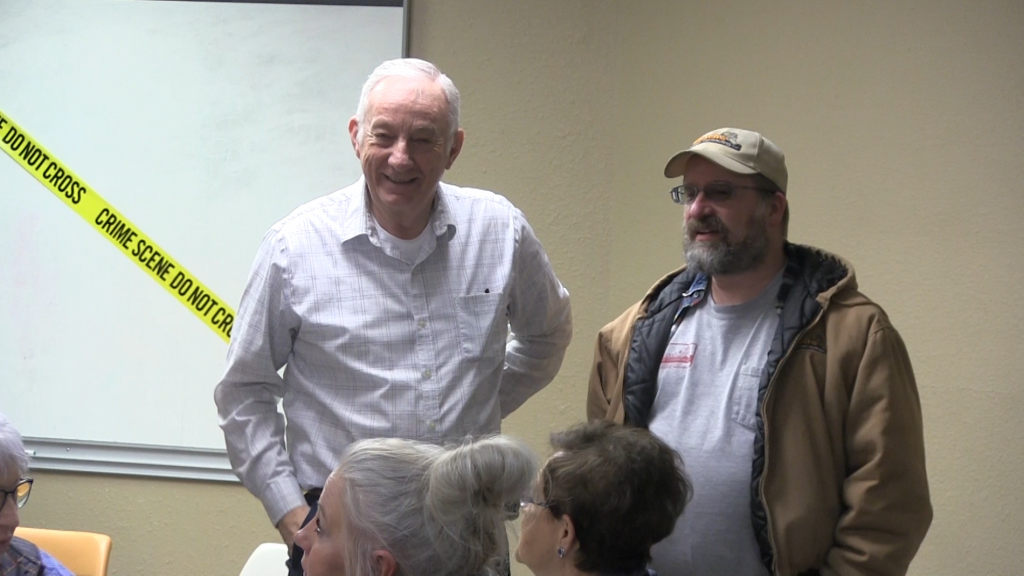 The baritone voice of Ray Richards will be heard just a bit less by the public going forward, as he was one of two Scotts Bluff County employees retiring at the end of February.

Richards stepped down after 13 years as 911 County Communications Director on Friday, with county staff saying good-bye with a reception for both him and Mark Sinner, who has had a long career in criminal justice in the county.

Richards tells KNEB News when it comes to emergency communications, things have changed dramatically during his time at the helm.

“New equipment, upgrades, better equipment, faster, thinner, quicker, just a lot of things have come about,” said Richards. “One of the commissioners says we were able to take the Communications Center in 2008 from a “rotary phone” issue into the 21st century with technology changes and upgrades.” He noted that with today’s smartphone technology, the phones can now provide a more precise location of where a person is calling from, instead of having to rely solely on a description from the caller.

He tells us after a few days of relaxation, he intends on continuing his involvement in the community in such efforts as Special Olympics, Sugar Valley Rally, the ESU 13 Board and the Old West Balloon Fest.

Tyler Rexus of Lincoln has been hired as Communications Coordinator, and will share oversight duties for the Comm Center with Chief Deputy Sheriff Troy Brown.

Sinner stepped away from public service following a career that started as a dispatcher in the Sheriff’s Office, followed by time with the Gering Police Department and most recently as a child support investigator with the county attorney’s office.