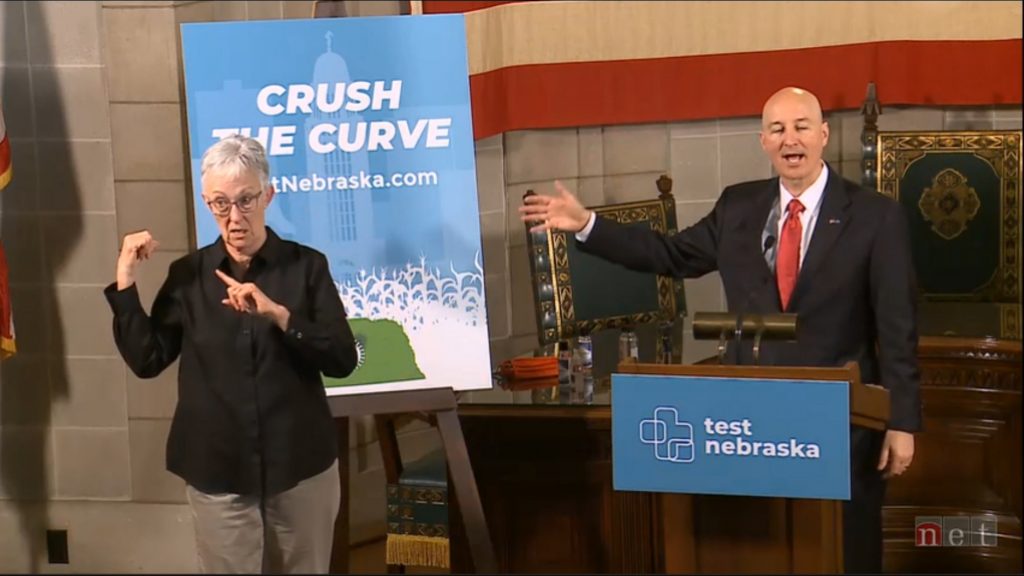 Gov. Pete Ricketts announced some sweeping changes today during his daily COVID-19 media briefing, including a statewide DHM that will shut down hundreds of Nebraska businesses for several weeks.

He says the latest models show that the virus will peak in Nebraska later this month, and signed a proclamation to keep 21 Days to Keep Nebraska Healthy.

Ricketts then began fielding questions from the media