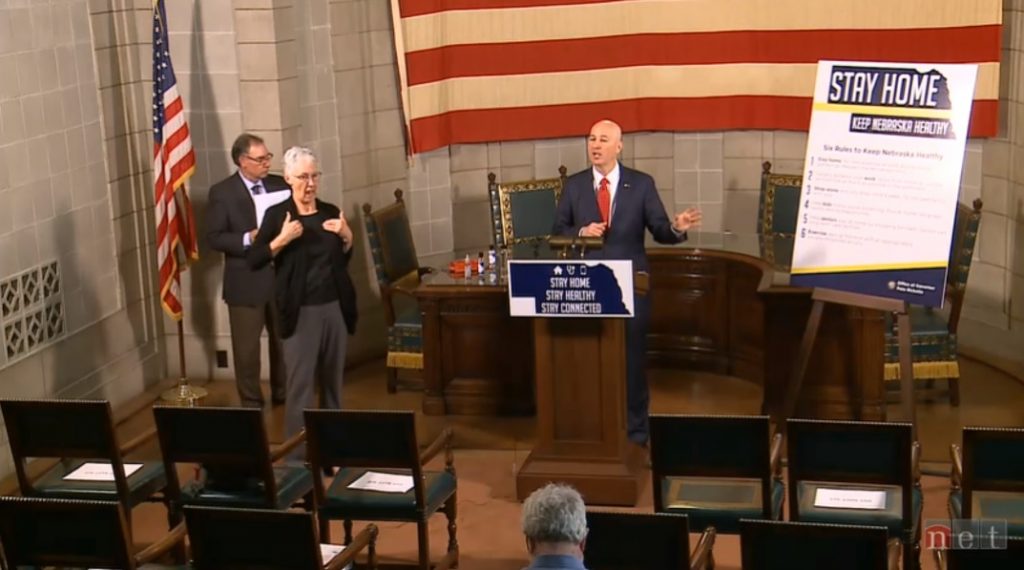 Gov. Pete Ricketts had a big announcement during his daily COVID-19 media briefing, saying that on May 4th Nebraska will again allow hospitals to perform elective surgeries- with certain provisions.

Ricketts then announced that Nebraska would be issuing a Health Alert Network Advisory today.

The Governor and Dr.  Gary Anthone then addressed April 20, or 4/20 and its association with smoking.

Next, Ricketts commended all the of the hard work by Nebraska bankers for the work put in for the Payroll Protection Program.

He then opened up the floor for questions on a variety of topics: