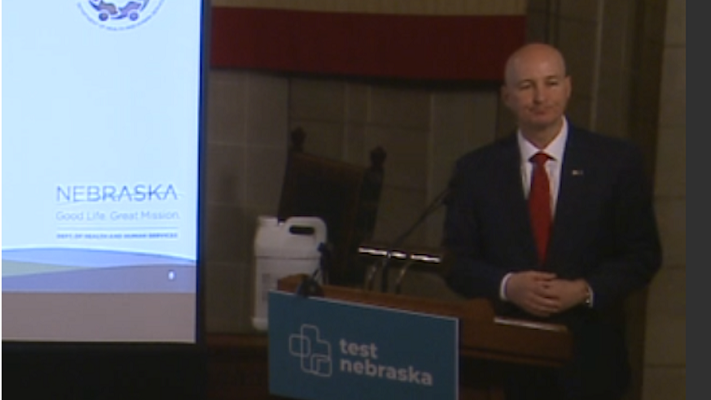 Five years after Nebraska lawmakers approved a sweeping plan to reduce prison crowding, the state is expected to fall into an “overcrowding emergency” Wednesday, missing a state-imposed deadline to reduce its inmate population below 140% of design capacity for corrections facilities.

The emergency designation will force Nebraska officials to consider paroling all inmates who are eligible, but Governor Pete Ricketts says that does not mean a mass release. “That’s not what this law does. This law does not let a bunch of people out,” said Ricketts. “The Parole Board’s first priority is always going to be public safety, they’re always going to put public safety first. So, anybody that gets paroled will have to complete their programming, and make sure they’re doing all the right things.”

The Governor says the Parole Board has already accelerated the parole process in the state, and decisions are made on a case-by-case basis.

Ricketts also noted 85% of all inmates are not parole-eligible, and of the 804 that are, 35% were returned to state corrections due to parole violations, and 23% have yet to complete the programming required for release.

The Governor’s Administration has promoted efforts to improve capacity, including the addition of 260 community corrections beds, and Ricketts says they continue to look for other ways to reduce overcrowding.  He says there was a plan in place to help do so and they were optimistic to meet the goal by the deadline, however, an increase in felony convictions has outpaced the improvements.