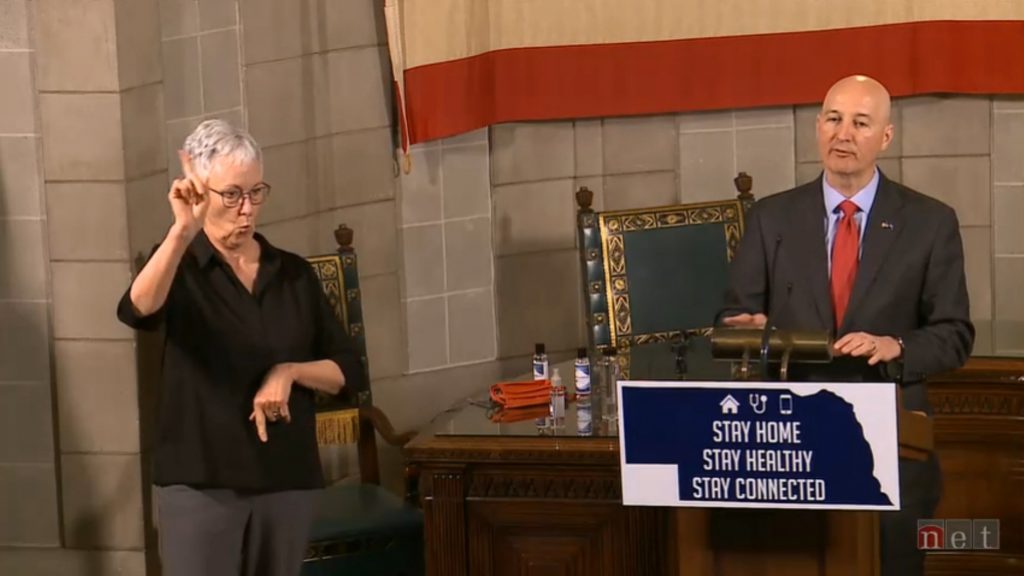 Governor Pete Ricketts again addressed members of the media Wednesday afternoon to provide an update on the latest on Nebraska’s efforts combating the COVID-19 pandemic.

Ricketts began today’s briefing with a reminder about Nebraska’s 21 days to get healthy and six rules you can follow to do so.

Next University of Nebraska President Ted Carter took the podium to discuss the University System’s ongoing efforts despite the current pandemic.

Afterwards, Ricketts talked about the impact of the 10-person rule and its impact on Nebraska businesses- including daycares.

Children and Family Services Director Stephanie Beasley then came up to talk about the latest Executive Order.

Gov. Ricketts then gave an update on the Paycheck Protection Program through the Small Business Administration . He says more than 18,000 Nebraska businesses applied for this program and received more than $2.5 billion to help Nebraska employees.

Next, he shared an anecdote about the Nebraska State Patrol being resourceful by using filters from trooper’s gas masks to be used in lieu of N95 masks that are in short supply for medical professionals.

Lastly, he gave an update regarding Thursday’s daily press conference, which will be moved up one hour.

Ricketts then opened up the floor for the daily question and answer segment.