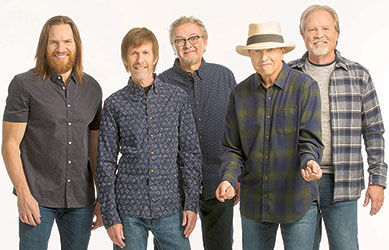 Rural Radio-Scottsbluff and KNEB announced today that the Sawyer Brown concert scheduled for this summer as part of Oregon Trail Days has been postponed to next year.

“We are incredibly disappointed,” Station Manager Bill Boyer said. “We have been working with Panhandle Public Health District and city of Gering officials very closely over the past several weeks. As we approach the end of May, it has become apparent that we will not be able to safely have the concert this year.”

The Oregon Trail Days committee also announced that this year’s celebration will not be held in July, and a limited celebration is being planned for August.

“We looked at options for postponing the concert to August, but the amount of work required to move and plan for a new date with all of the unknowns makes that unfeasible,” Boyer said. “While we really want to provide great entertainment to the area, we have to let the safety of the public, our staff, and the artists, guide our decisions.”

All tickets purchased will be automatically valid for the new date. Refund options are also available.

Tickets for the concert, presented by Allo Communications and Viaero Wireless, remain on sale at www.kneb.com/tickets. Tickets will remain at the same price until the new full line-up for 2021 is completed.

“While Sawyer Brown has been confirmed for the new date, we are working on adding additional acts to make next year’s show even bigger,” Boyer added.