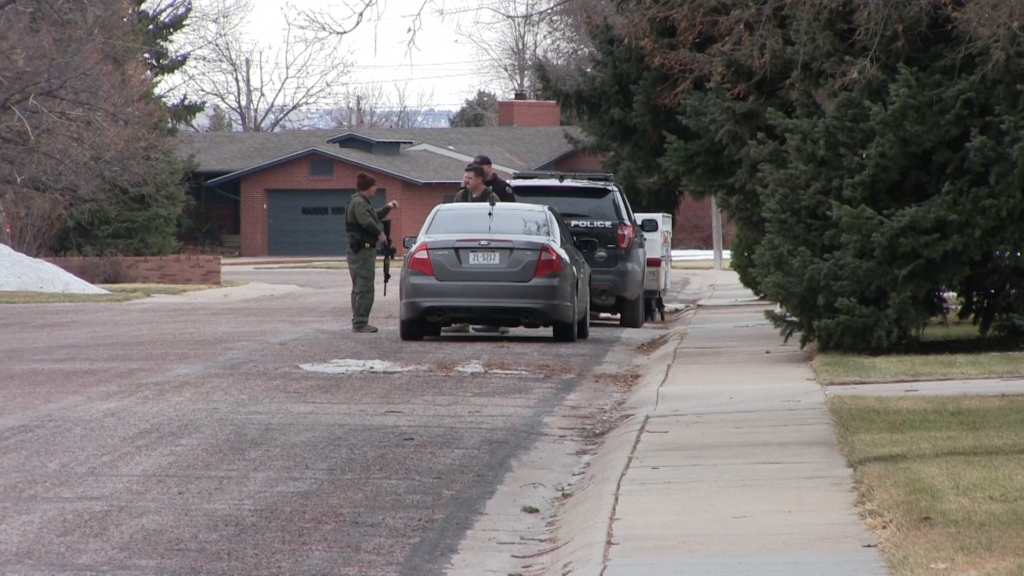 Authorities are continuing  efforts to  apprehend a Scottsbluff man who fired a gun Friday morning and reportedly made threats to shoot up his place of business.

Gering Police say shortly after 8 a.m., officers were dispatched to a home in the 1800 block of 20th Street for a disturbance with a weapon  had occurred. Capt. Jason Rogers says 40-year-old Matt Arnold got into a verbal argument, and when he was driving away from the residence fired multiple shots into the air. Multiple spent casing were found in the alley afterwards.

Officers received information that Arnold made threats to one Gering business and that business has taken the appropriate steps to protect their employees.

Arnold is believed to be driving a 1997 Chevrolet pickup with Nebraska license plates  21-308P when he left the residence.

At approximately 9:40 a.m. there was a reported sighting of Arnold inside the Platte Valley Bank’s Circle Drive location. Scottsbluff Police Captain Brian Wasson says after further investigation, it was determined that the male inside the bank was not in fact Arnold, and the clothing description is not applicable to today’s investigation.

Officers from the Gering Police Department, Scotts Bluff County Sheriff’s Office, Scottsbluff Police Department, Nebraska State Patrol and the National Park Service checked several locations for Arnold but not have been able to locate him as of the time of this release.

The investigation will continue as investigators gather more information.