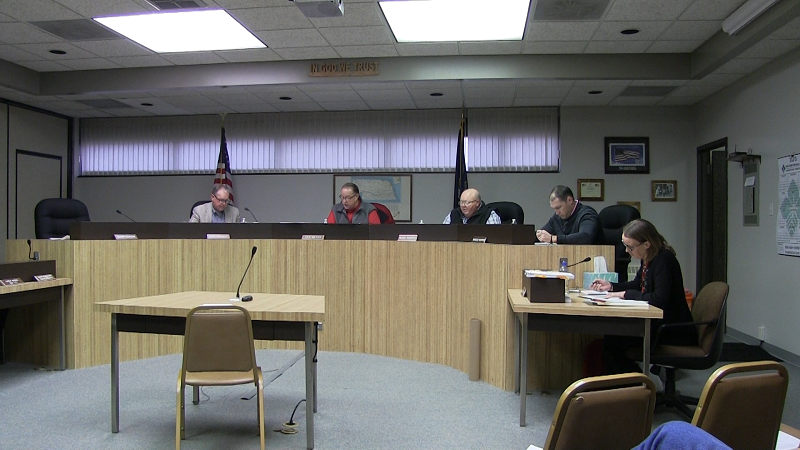 Scotts Bluff County Board members want more information and discussion before changing a long-standing agreement on county road maintenance along the Banner County line, especially when it comes to snow removal.

The current arrangement has crews from Scotts Bluff County working on certain gravel roadways in Banner County in an area south of McGrew, while Banner County Crews handle some of the roadways in Scotts Bluff county south  of the Stegall area, primarily because crews on either side of the county line have a shorter distance to travel to reach those locations.

Scotts Bluff Roads Superintendent Linda Grummert would like to move to a hold-harmless situation like the county has with Sioux, Morrill and Goshen Counties, but Board Chair Ken Meyer said Monday night he took between 6 and 8 phone calls, all of them positive about the current arrangement. “And these were some on the west side, some on the east side, that were saying ‘This thing has been working well, I don’t know why you would want to get rid of it.’ I said I’m not sure either but we’re going to find out and we’re asking questions,” said Meyer, “I know that you (Grummert) want to do away with it and that’s okay.”

In the agreements with other counties, each county takes care of specific portions of roadways along county lines, sometimes meaning a crew will have to go travel through the adjacent county to perform the needed maintenance.

Grummert noted that the gravel roadways south of McGrew are much more difficult to clear after a heavy snowstorm with high winds compared to the area near Stegall, and her department could change their process to handle the Stegall area without much impact to other snow clearing operations.

More discussion with local and Banner County officials, as well as the public, is anticipated before a resolution of the issue is expected.