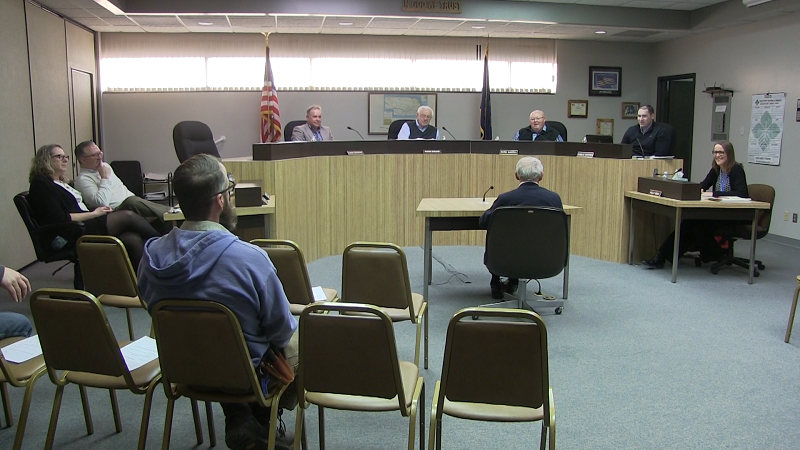 Scotts Bluff County has become the latest addition to the Second Amendment Sanctuary movement in the Panhandle, but not without some opposition.

Commissioners voted 3-1 approving the resolution following about an hour of discussion on the red flag bill pending in the Legislature and whether certain individuals should have access the firearms.

Dr. Tom Perkins discussed LB58 before the resolution vote, saying he supported the measure he helped research for lawmakers before it was introduced. Perkins said he could speak as a gun owner that wasn’t concerned that the bill would take away his rights. “The underlying interest in these laws is to de-escalate potentially injurious events by temporarily removing firearms from those whose stress levels are significant enough as to cause an impulsive act to harm either oneself or others,” said Perkins.

Commissioner Charlie Knapper, who brought forward the resolution, said the measure was about more than protecting Second Amendment rights. Knapper said it was also meant to be a shot across the bow of progressive state lawmakers from eastern Nebraska, and to draw attention to the growing support of socialism in Omaha and Lincoln. “Elementary-age students are being taught socialist propaganda at after-school programs at government schools. These after-school programs are funded by the same wealthy liberal donors that are essentially paying young Democrat senators annual allowances to advance their agenda,” said Knapper. “Pay attention to what’s happening at the state Capitol.”

Board Vice-chair Glenn Schleve opposed the resolution following the discussion, with Chair Ken Meyer absent. With the vote, the county joins a growing list of other governmental units in the area with officials voicing support for the Second Amendment.