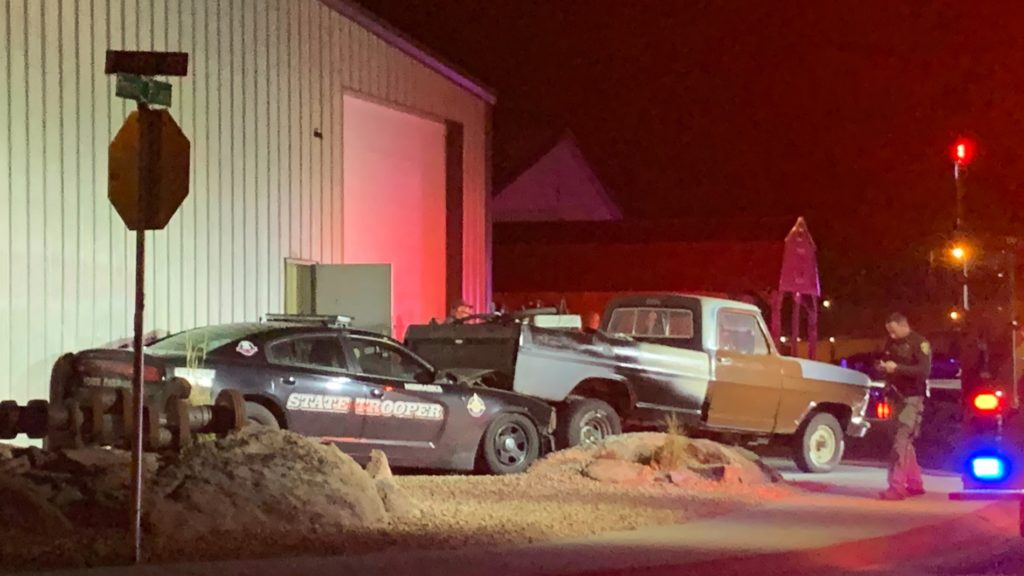 A 43-year-old Scottsbluff man is facing numerous charges following an attempted traffic stop and pursuit that ended with the suspect vehicle backing into a State Patrol cruiser and shoving it into a building Thursday evening.

Cody Thomas with the Nebraska State Patrol says John Nereson was taken into custody for charges that included attempted assault on an officer using a motor vehicle, use of a deadly weapon to commit a felony and 5th offense DUI for the incident that ended near the intersection of East Portal Place and 17th Street in Scottsbluff.

Thomas says a trooper attempted a traffic stop on Nereson’s 1970 Ford pickup around 7:20 p.m. for driving with no lights near 21st Avenue and South Beltline Highway in Scottsbluff. During that stop, the driver exited the vehicle, refused to obey the trooper’s commands, then re-entered the pickup and fled, with the trooper in pursuit.

The pickup then stopped on East Portal Place north of the intersection with East 17th Street, but put the pickup into reverse, ramming the patrol vehicle with the trooper still inside.

The trooper exited the cruiser and began giving repeated verbal commands to Nereson, who continued backing into the NSP unit, pushing it into a building and getting his pickup high-centered on the cruiser’s hood. Nereson tried to flee the scene on foot, but the trooper deployed a Taser,  and was able to gain control of the suspect to place him under arrest.

Nereson was scheduled for arraignment Friday morning, with initial bond placed at $350,000.