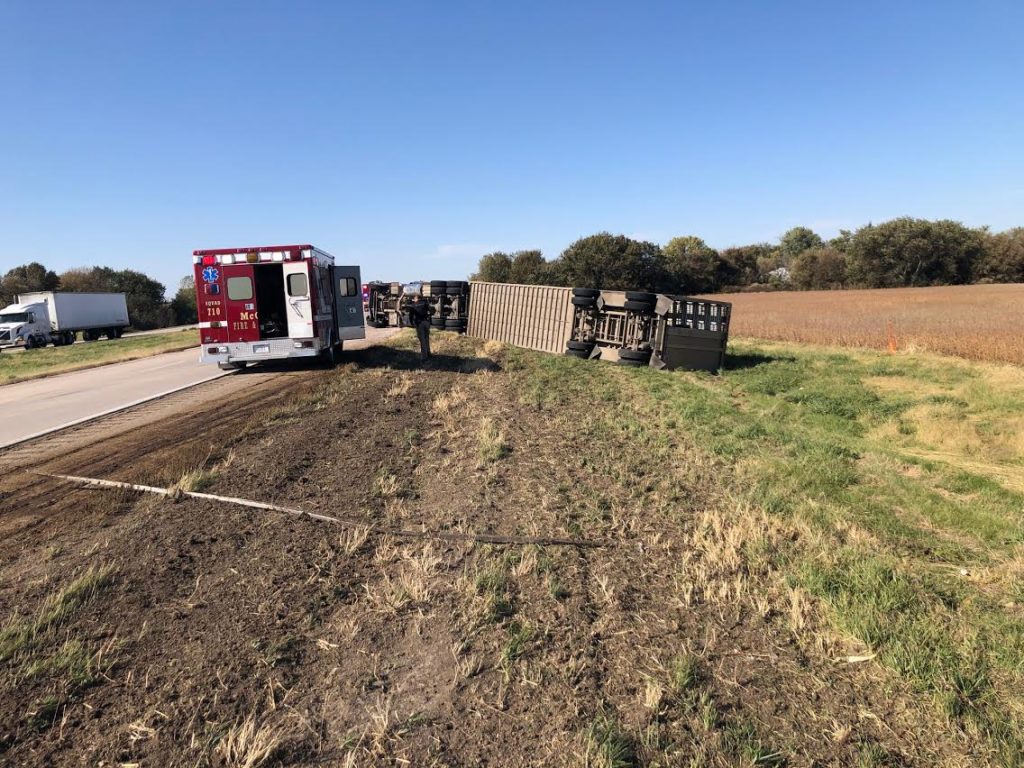 MCCOOL JUNCTION- Just before 3:00 P.M.  on Monday afternoon The  York County Sheriff’s office was dispatched to the scene of a semi-trailer that had cattle in it, and had slid off of the road. The accident occurred north of Road 3 on Highway 81, just south of McCool Junction. A York County Deputy said that the trailer caught a part of the soft shoulder and the driver tried to correct, but the semi then slid into the ditch.

It was unsure if the driver sustained injuries but the Deputy added that he didn’t think he would need to be transported to a hospital as nothing was life-threatening. It was also uncertain if any of the cattle were deceased, but it could be seen that cattle were moving inside the tipped over trailer.

Along with the York County Sheriff’s Office, the York and McCool Junction Fire Departments responded.