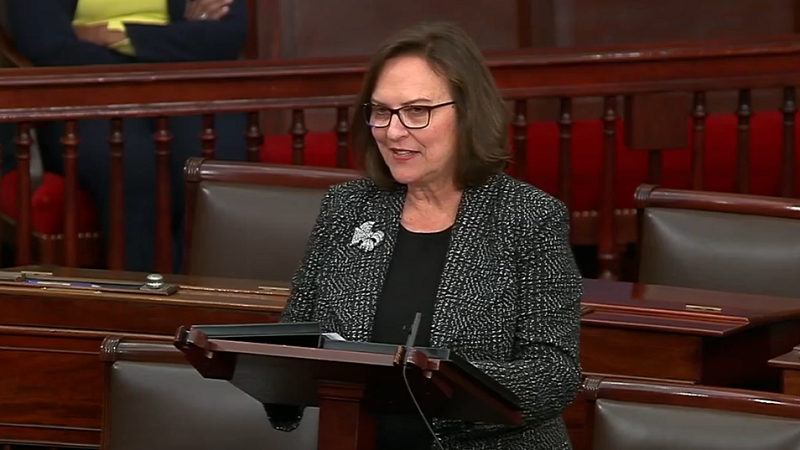 Nebraska U.S. Senator Deb Fischer says she was disheartened by House Speaker Nancy Pelosi ripping up her copy of the State of the Union speech, and failure of Democrats to acknowledge those recognized by the President that evening.

Fischer told Rural Radio News Wednesday it was still a topic in the morning among Nebraska constituents. “I was still upset about this, and mentioned all this at the Nebraska Breakfast and said ‘You know, we’re better than this, Nebraskans are better than this,” said Fischer, “We need to continue to reach out to show kindness, to show courtesy, to work together.”

Fischer told us she hopes lawmakers can move beyond the rudeness and disregard shown during the State of the Union, as well as the end punctuated by Pelosi’s actions. “This is the Speaker of the House of Representatives, who is supposed to be a leader,” said Fischer, “And to do an act like that, to show disregard, to show no courtesy whatsoever where she had invited the President to come and give the State of the Union…  What’s happened to this country? Where are we headed when it’s like that?”

She says as a representative of the Nebraska people, her job going forward is to continue reaching across the aisle to try to get things accomplished for the citizens of the state and nation.