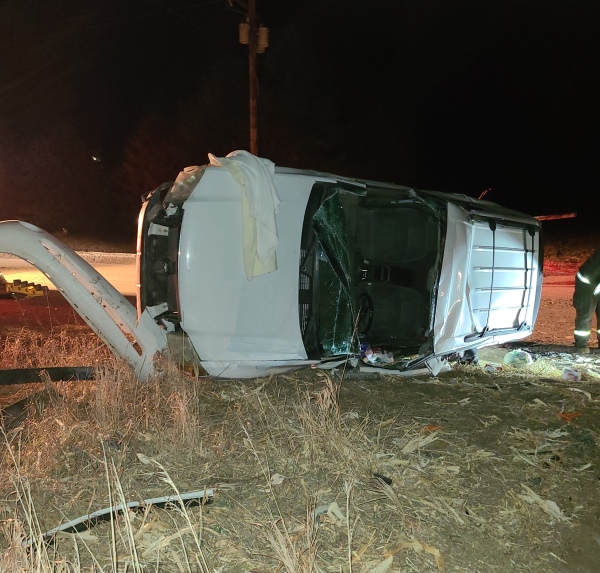 Courtesy/one-vehicle crash Friday, Dec. 4, southeast of Lexington, near the intersection of Road 749 & Road 435.

The vehicle was eastbound on Road 749 near the intersection with Road 435 when it got too far over to the left side (north side), then traveled about 131 feet in the ditch before it struck an embankment. Once it struck the embankment, it became airborne, overturned and rolled into the field.

The female driver, the lone occupant, had to be removed from the vehicle. The Lexington Volunteer Fire Department transported the driver to Lexington Regional Health Center in Lexington with very minor injuries.

The driver was was identified as 52 year old Kim Benson of Bertrand. Restraints were not in use in the vehicle.  Randy & Brian’s Towing Service also responded to the scene to tow the vehicle, a 2002 Buick Envoy. The vehicle was totaled.

Gosper County Sheriff Dennis Ocken offered a possible explanation for the driver losing control of the vehicle:  “Sounds like she probably ran off the side of the road and  the gravel probably caught her and she was unable to get back up onto the road is the way it looks right now. ”

Sheriff Ocken says it was very fortunate the accident wasn’t much worse.