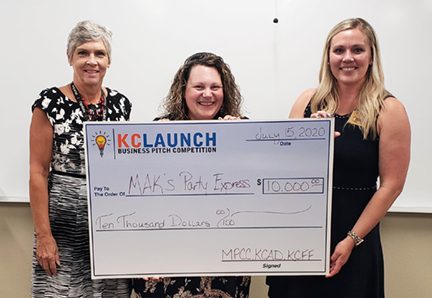 MaKenzi Spurgin won $10,000 to assist her in starting MAK’s Party Express, a party bus that will provide transportation for groups, businesses and civic and sports organizations.

“I am an avid ‘Shark Tank’ viewer and was so excited for the opportunity that KC Launch provided,” Spurgin said. “I am over the moon excited that I won because all of the ideas were amazing. I am thrilled to bring the idea of MAK’s Party Express to life for Ogallala, Keith County and the surrounding area.”

The goal was to stimulate entrepreneurship and support business expansion, and winnings had to be used to establish or continue operations that would employ people in Keith County.

There were 10 entries in the competition. Those were narrowed to three semi-finalists, all of whom advanced to the final round.

The prize money was a combination of $5,000 contributed by Keith County Area Development and a $5,000 grant from the Keith County Foundation Fund. Approximately $2,500 worth of in-kind donations were also received and awarded. 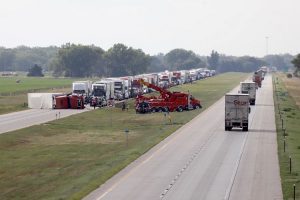