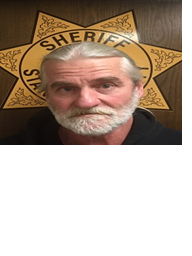 On Monday in Stanton County District Court a 51 year old Stanton man was sentenced to 18 months in prison on a conviction of Possession of a Controlled Substance (Methamphetamine). Donald Detlefsen was sentenced after his probation was revoked and he was also given a $2500.00 fine. Detlefsen was originally arrested in 2018 following the service of a search warrant at his Stanton residence by the Stanton County Sheriff’s office. He was later convicted and sentenced to probation during which time he had multiple violations.

Also sentenced for a felony drug conviction was Tony Hartford, 52, of Norfolk. Hartford was sentenced to 12 months of probation and ninety days in jail following his conviction for Possession of a Controlled Substance (Methamphetamine). Hartford was arrested last summer by the Sheriff’s office at a Stanton residence, along with two other co-defendants.

Also sentenced to a county jail term was Dominik Ziesmer, 25, of Sioux Falls, SD. Ziesmer was given 150 days in jail following his conviction for Willful Reckless Driving and Driving While Intoxicated. Ziesmer was arrested back in August following a high speed pursuit by the Sheriff’s office on Hwy 275 that ended in Cuming County after his vehicle was forced off the roadway. A co-defendant is currently serving a prison sentence for the illegal drugs found in their vehicle. District Judge Mark Johnson proceeded over the court sentences.